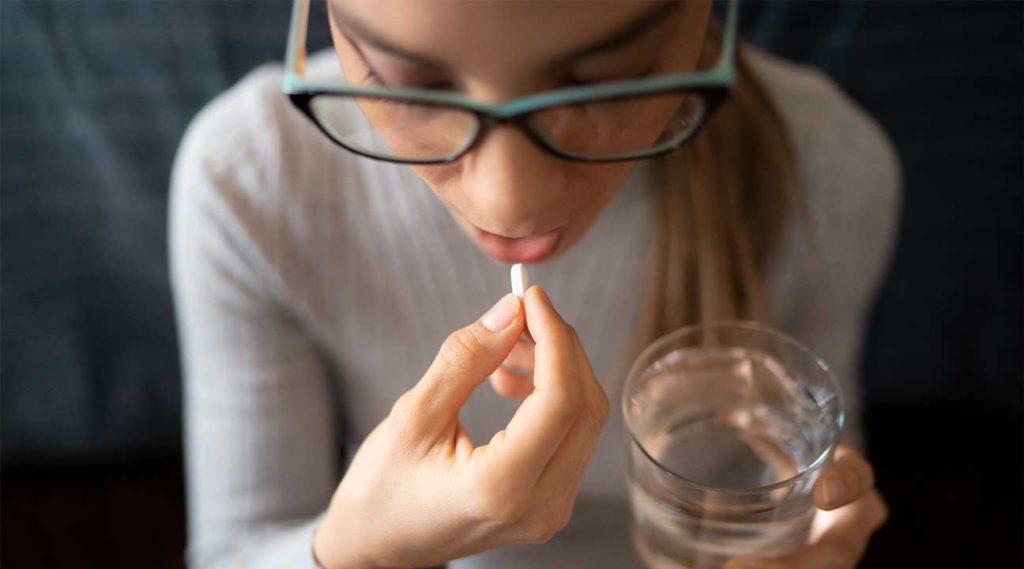 Every drug abuse problem stems from a unique set of circumstances. While popular stereotypes show the addicted person looking for a recreational high, many struggle with addiction due to pain relief needs. In fact, drug abusers often become addicted to drugs after obtaining a legitimate prescription.

You’ve probably heard of opioids but maybe you’re not completely familiar with them. It’s actually pretty likely that you’ve been prescribed one at some point in your life and you didn’t even realize it. That’s because you won’t ever get a prescription specifically for opioids, but rather for types of opioid-based pharmaceuticals like codeine, hydrocodone, methadone, or something similar to help you manage severe pain. What these, and many other opioid drugs, have in common is the effect they have on pain receptors in the brain.

As these drugs attach to opioid receptors, the body releases dopamine, causing a sensation of pleasure that makes the brain think it is being rewarded for using the drug. Some patients find it difficult to resist the urge to continue this behavior even after their pain subsides.

Some recent statistics estimate that between 21 and 29 percent of patients prescribed opioids for chronic pain misuse them. In this case, we can define “misuse” as self-administering medication in a way that deviates from their doctor’s orders. But why would anyone deliberately ignore instructions regarding how to safely take their pain medications?

For someone who has spent the majority of their life suffering from constant, agonizing pain, experiencing drug-assisted relief from these symptoms can feel like nothing short of a miracle. However, over a period of time, the body develops a tolerance for the drug, which means that the brain needs a higher dose to experience the same effects. In short, the brain can become addicted to the drug, resulting in a person’s inability to function without it. With doctors cracking down on opioid distribution, obtaining a prescription for an increased dose may be difficult, leading patients to self-medicate by taking more than prescribed or seeking out additional drugs on their own.

Many addicts find pain pills available on the street but they’re not cheap. As a result, some may become one of the 4 to 6 percent of opioid misusers who transition to heroin, finding it to be a less expensive option to satisfy their brain’s opioid craving. While this percentage seems relatively miniscule, it is estimated that about 80% of current heroin users first misused opioids.

In these situations, it’s easy to pass blame onto the drug abuser, accusing them of misusing their prescription and demonizing their behavior. But, truthfully, their opioid dependency can sometimes be the indirect result of misinformation caused by healthcare providers failing to communicate potential hazards.

Even doctors acknowledge that they’ve been part of the problem. While medical opioid use has been around for thousands of years, the 1990s was a turning point for the U.S. and the national explosion of prescription opioids. At the time, many believed that pain was being undertreated, leading to the overprescription of opioid pain medications. While doctors prescribed more pain medication, they didn’t always notify patients of the possible risks associated with taking the drugs. It wasn’t until the early 2000s that the FDA implemented programs to educate healthcare providers of potential risks of opioid misuse and abuse but, by then, it was too late.

Of course, not all opioid misuse begins with a legitimate prescription and many abusers aren’t necessarily concerned with the drugs’ pain-relieving properties.

Studies have shown that non-prescription opioid use appears to have a large prevalence in densely populated, poverty-stricken areas with high unemployment rates and a subsequent lack of health insurance. For this reason, some self-treaters take advantage of the drug to mellow psychological symptoms that they may not otherwise be able to get treatment for, including mental health deficiencies. Because opioids are known to relax and calm the mind, the drugs’ “chemical happiness” is appealing to some abusers who are looking for solace from a challenging reality.

Other opioid abusers use the drugs strictly for recreational purposes by snorting crushed pills or by injecting heroin directly into the bloodstream.

With nearly 100 opioid-related deaths each day, misuse of these drugs is a relevant—and growing—concern nationwide. Regardless of whether a person is seeking them out for pain relief, other health issues, or recreation, opioids are highly dangerous and addictive. If you’re struggling with opioid addiction, it’s important to seek out qualified licensed treatment providers who can help.