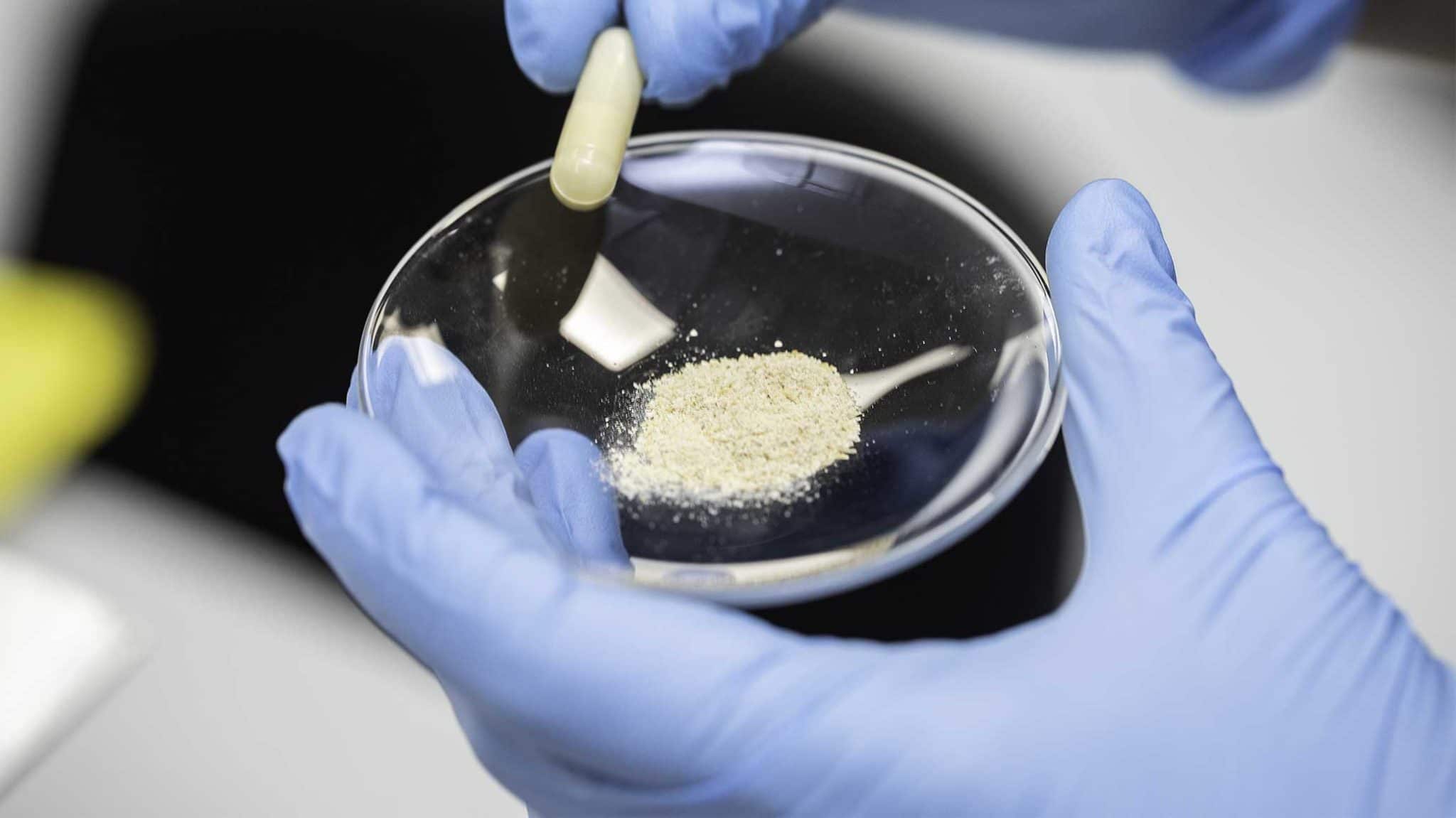 Illicit fentanyl may look like a clear liquid or a powder that could be either light-brown or off-white. When fentanyl is mixed with other drugs, it can be difficult to identify.

Fentanyl is a powerful synthetic opioid that treats severe pain. Like other opioids, it provides pain relief by attaching to your body’s opioid receptors.

When used in a manner not prescribed by a doctor, fentanyl poses a high risk of overdose and addiction. If you suspect that someone you love is misusing this drug, it’s important to know what it looks like.

Some people illegally make fentanyl and sell it on the street. Illicit fentanyl usually takes the form of a clear liquid or a powder that ranges in color from off-white to light brown.

The liquid is often added to nasal sprays, eye drops, blotter paper (to be dissolved on the tongue), or candies. The powder is typically snorted or smoked.

Mixing Fentanyl With Other Drugs

Many drug dealers mix fentanyl powder with powder forms of other illicit drugs, such as cocaine, heroin, and methamphetamine.

They then sell these illicit drugs without telling buyers they’ve added fentanyl. They do this to give the buyer a more intense high or to cut production costs (as fentanyl is very cheap).

It’s difficult to tell if a powder drug contains fentanyl. In some cases, though, fentanyl creates brown patches in cocaine or methamphetamine powder, which is normally pure white.

Passing Fentanyl As Other Drugs

Along with selling fentanyl-laced powder, some drug dealers create fentanyl pills and pass them off as other pills, such as:

Dealers try to make fentanyl pills look exactly like these other pills (though they may vary slightly in color and imprints). Thus, if you buy pills off the street, you may unknowingly ingest fentanyl and overdose.

Since fentanyl is extremely potet, you should only use it as prescribed. Some people abuse fentanyl by:

If they don’t already have a prescription for it, they may steal the drug from loved ones or buy it off the street. No matter how they get it, people who abuse prescription fentanyl face a high risk of overdose and addiction.

According to the Centers for Disease Control and Prevention (CDC), fentanyl has been involved in numerous drug overdose deaths. Common signs of a fentanyl overdose include:

Call 911 if you or someone you know experiences these symptoms. When left untreated, a fentanyl overdose can be fatal. In most cases, first responders treat fentanyl overdoses with naloxone (Narcan). This medication can rapidly reverse the effects of an opioid overdose.

People who use fentanyl or love someone who does should keep naloxone on hand in case of emergencies. You can get naloxone without a prescription at most pharmacies.

Even if they don’t overdose, people who abuse fentanyl face a high risk of addiction. Common signs of fentanyl addiction include:

Like all forms of opioid addiction, fentanyl addiction is a serious disease that usually requires professional treatment.

If you or a loved one struggles with fentanyl, please reach out to a Recovering Champions specialist. Our substance abuse and addiction treatment options include mental health counseling, support groups, and more.