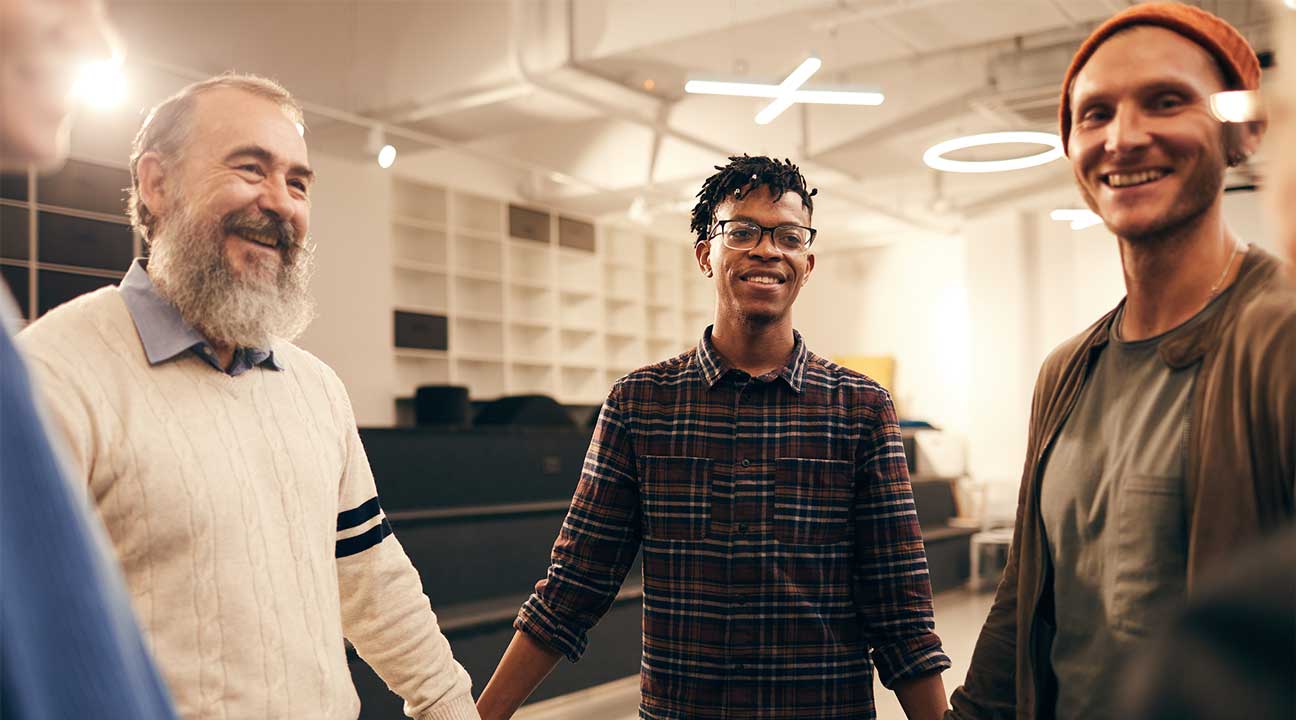 Recovery is a hard road, there’s no denying it.  The addict often wants to be better, wants to be sober and wants to refuse the next drink or hit. But as we know, too often the addiction trumps those desires.  Recovery may seem daunting, if not impossible.

But we know otherwise. At the end of recovery road lies hope, freedom and a fulfilling life. We know it because we’ve seen countless people get to that point…not just clients but many of our own staff members.

Sometimes, particularly on the tough days, it can help to be reminded that you’re not alone in what you’re facing.  Here are just 3 people, including one of our own team members, who took the path to recovery and are enjoying their new lives.

Anthony described himself as an adrenaline junkie by nature with an unquenchable hole in his stomach.  Floating through each day on a high of drugs and alcohol, he became a “shell of a person”, at a point where he couldn’t do anything with them or without them.

Anthony finally conceded to addiction rehab and went in and out of multiple programs, never fully committing to the process or the work.  It was an up and down roller coaster of hope and setback. But Anthony’s path led him to our door and today, 144 days sober, Anthony continues to work with a sponsor, attend meetings and most importantly, live a full life.  In his words:

“Having a good staff was the most important thing. Shaunna, Karen (clinician) and Alyssa showed me how to have fun in recovery. I learned how to set goals and I enjoyed morning meditation. Overall it was a good experience. I didn’t feel trapped there. A lot of places I’ve been I felt trapped. This facility was the first facility I didn’t want to leave and every other one I couldn’t wait to get out of. The doctors helped me out quite a bit – they narrowed down some of my issues and helped address them. I’m still able to see them when needed. They don’t just push clients through and say good-bye. I can stop by whenever because the staff actually care about me.”

October 2nd marks Olivia’s one year of sobriety, which is a monumental achievement considering the years leading up to it. Rock bottom for Olivia came in November of 2014 when her mother gave her a choice – get help or leave the house.  Olivia chose the latter, living on the streets of Boston with her boyfriend, shuffling from shelter to shelter and stealing jewelry from her own mother to pawn for drug money.  Shamed and saddened when her aunt caught her red-handed stealing her mother’s jewelry, Olivia realized it was time for real change.

The first attempt at a drug rehab facility in Florida seemed promising, leading to a record 5 months of recovery.  But a relapse landed her right back into her old ways and into a detox center.  She became desperate…but this time she was desperate for help, desperate to be a daughter again.  She did the thing that is often the hardest to do – she raised her hand at a meeting and simply asked for help.

Olivia was approached after the meeting by an older woman who had just completed the program at Recovering Champions and was doing well.  Olivia went home, called us and was here within a day.  She worked the steps, attended meetings, engaged in activities and is now living a sober and promising life. In Olivia’s words:

“October 2nd I will be celebrating 1 year clean and sober. I have never had more than 5 months in my life. I was introduced to a new way of living while at Recovering Champions. The staff, the other clients and lessons taught, have helped me become the dignified woman I am today. I have a sponsor, a home-group and go to a meeting daily. I have a full-time job, I’m saving up for a car and hopefully returning to school to become a drug and alcohol counselor one day. I have repaired the relationships in my life that matter most, like with my mother and my little cousins.”

Read Olivia’s full story here in her own words:

Alyssa’s struggles began in her teen years, where she recalls “using anything and everything I could get my hands on because I thought it was the only way I could survive, like air or water.” At age 19, her only goal was to make it to her 21st birthday to have her first legal drink; she didn’t care if she died after that.

After two overdoses in high school, she was mandated to intensive outpatient services and 12-step meetings, yet she couldn’t achieve more than 90 days of sobriety.  Like so many, she became homeless and was cut off by family, who were pained as they watched her slowly kill herself.  It was this loss that hurt most and brought her to clarity – “I didn’t want to die and leave my family with the horrible memories of the last 6 years of active addiction,” she says.

Alyssa left New York at that point and came to Massachusetts, but was unable to obtain a bed in a detox treatment center. She detoxed on her cousin’s couch and then went into sober living. There she was re-taught the life skills she had lost while actively using. She started seeing a counselor and attending meetings, two key steps which helped her regain a desire for living. She rebuilt the relationships with her family, gained new relationships in recovery and became a productive member of society. Today she is the After Care Director at Recovering Champions, where she inspires and supports others through recovery on a daily basis.  In her own words:

“I can now say I am a person in long-term recovery, which means I have not drank alcohol or used drugs since August 4, 2008. I have been working in addiction treatment since 2009. In the last almost 7 years I have been able to bring compassion and inspiration to people that suffer just like I did. It is a beautiful thing that the worst experiences in my life have actually turned in to the greatest assets I have in order to help others!”