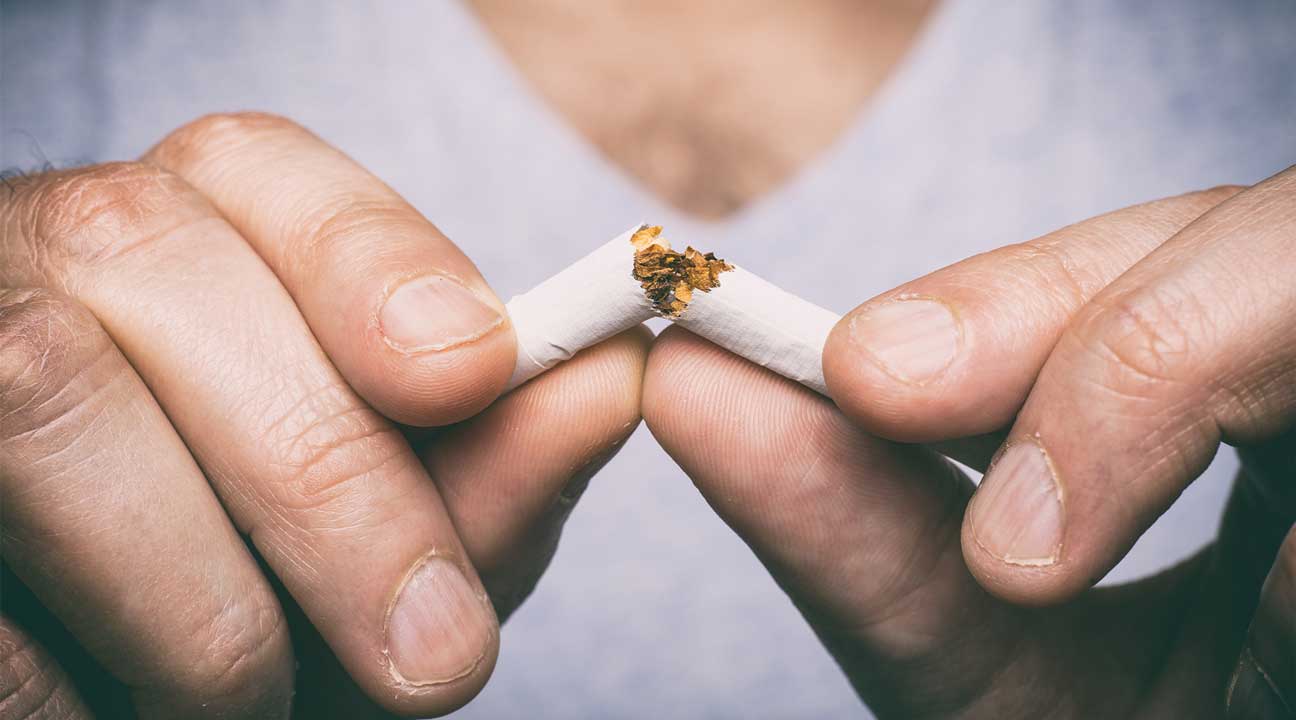 Does Your Center Allow Smoking?

This is a frequently asked question by both professionals and potential drug and alcohol addiction rehab center clients.

According to the 2016 National Survey of Substance Abuse Treatment Services, nearly ⅔ of addiction treatment centers allow smoking on campus. At some of these facilities, smoking becomes a part of the center’s cultural fabric, and may actually play a small but important role in the overall recovery process. Maybe they’ve been listening to former Saturday Night Live impressionist, Darrell Hammond, who had the following to say in his 2011 memoir:

While the decision to ban or allow smoking at an addiction rehab centers has not been extensively researched, there are some early indications that smoking bans may adversely affect a center’s ability to keep patients in treatment. There is a direct correlation between length of stay in a program, and success of recovery.

Smoking is an awful habit to have to break while dealing with the challenges of addiction treatment. The addiction recovery process is already full of physical and psychological stress. Relapse rates for individuals battling drug or alcohol addiction are high, possibly as high as 40 to 60 percent (National Institute on Drug Abuse). On average, a smoker may try to quit 30 or more times before having success.

On the other hand, smoking is dangerous. According to the American Heart Association, smoking is the most preventable cause of death in the United States. Smokers can expect to live, on average, 10 fewer years than non-smokers. As state and local governments have worked to restrict smoking both in public, and in the workplace, an increasing number of United States citizens have come to prefer environments where smoking is prohibited.

How Is Smoking Different From Other Substance Abuse?

Actually, they’re not that different at all, in terms of their effects on the brain.

Heroin, and related opioids like OxyContin and Percocet, damage the pleasure centers of the brain by flooding them with chemicals. This damage causes the centers to become desensitized. More heroin is needed to produce the same pleasure response.

These same centers of the brain are also responsible for the regulation of mood. As the brain becomes less capable of controlling depression, the need for constant pleasure increases, resulting in chemical addiction. Opioids are considered, by many, to be the most addictive substances in the world.

Heroin became illegal to manufacture and sell in the United States in 1924.

The effective drug in cigarettes is nicotine. Although legal, nicotine has been proven to be a highly addictive drug as well. In 2008, the Journal of Neuroscience published findings suggesting that nicotine and opiates affect the brain in a similar way.

In 2015, around 30,000 Americans deaths were attributed to heroin use, and the use of related pain killers. Cigarette smoking is estimated to cause around 500,000 deaths, annually.

A lethal dose of heroin is only slightly larger than the amount necessary to get someone ‘high.’ That’s why heroin is illegal. Nicotine remains legal because moderate use rarely, if ever, has immediate health consequences.

The Link Between Smoking And Substance Abuse

An individual that abuses drugs or alcohol is more than twice as likely to smoke than everyone else. One commonly cited reason for this link in behaviors is the similar response in the reward systems.

A study published by the Journal of Substance Abuse Treatment looked at smoking in methadone clinics. Some of the patients interviewed for the study cited the complementary relationship between drug use and smoking. They discussed how smoking can reduce the aftertaste of methadone, and how drugs like methadone can reduce throat pain caused by smoking.

Interview subjects also noted that smoking provided many of the same benefits as drugs, without the more ‘acute’ consequences.

Given how dangerous smoking is as a habit, and how closely related it is to drug or alcohol abuse, it is easy to see why an increasing number of treatment centers have implemented smoking bans for patients in recovery.

But, in a now, fairly well known study conducted at a women’s drug abuse center in Ohio, the effects of a smoking ban left researchers puzzled. The percentage of patients that completed the program dropped from 70 to 42 percent. At the same time, the average stay of a patient at the center declined from 61 days to 48.

These results are particularly interesting given that the smoking ban appeared to negatively impact the treatment of both smokers and nonsmokers. While there may have been other contributing factors, a short ban on smoking at one facility seems to have immediately resulted in a decline in the facility’s ability to successfully treat patients.

Around 65% of drug and alcohol treatment centers still allow smoking. A common reason for this policy is the difficulty of trying to treat drug or alcohol addiction while clients battle withdrawals from the inability to smoke. These were the observations of the surprising Ohio study.

A communal, nurturing environment is one that motivates clients to want to stay in rehab, and complete the treatment process. Meanwhile, here’s Darrel Hammond, again, talking about his experience in a facility that banned smoking:

…the ferret-faced floor wardens were always looking to bust us for any infraction. There was one nurse there, an attractive, muscular woman in her forties who we called Strap-On because she was constantly reaming someone for some petty crime. She and one of the “tough love” counselors busted us for smoking numerous times. Each room had its own bathroom, and when she caught me hanging out the window of mine with a lit cigarette, she announced it loudly to all within earshot, “He’s smoking in the bathroom!” as though she’d discovered Satan carving his initials in a church pew.

While the percentage of rehab centers with smoking bans is increasing (it was only 1 in 10 earlier this millenia), studies like the one done in Ohio give us pause.

“Nicotine operates in the same reward pathways of the brain as other addictive drugs, however its effect is relatively weaker than the effect of those other drugs,” said Joseph R. Guydish, a professor of Medicine and Health Policy at the University of California, San Francisco (UCSF), in a 2015 interview.

“We know that nicotine potentiates the effects of other drugs, but it seems unlikely that a person would stop drug use (for example) and then begin smoking as a replacement…The scenario we hear of more often is one where a person quits smoking, sometimes because they have been in a smoke-free jail or prison, but relapses to smoking in the context of drug treatment where they are surrounded by smokers.”

More research will need to be done before there is a supportable conclusion. Until then, rehab facilities will need to develop their smoking policies to support their own addiction programs and goals. And a significant majority of programs in 2017 choose to allow smoking in their treatment centers.

Smoking is permitted in designated areas at Recovering Champions facilities. For more information about our programs, please visit our treatment pages.