How Long Does Hydrocodone Stay in Your System? 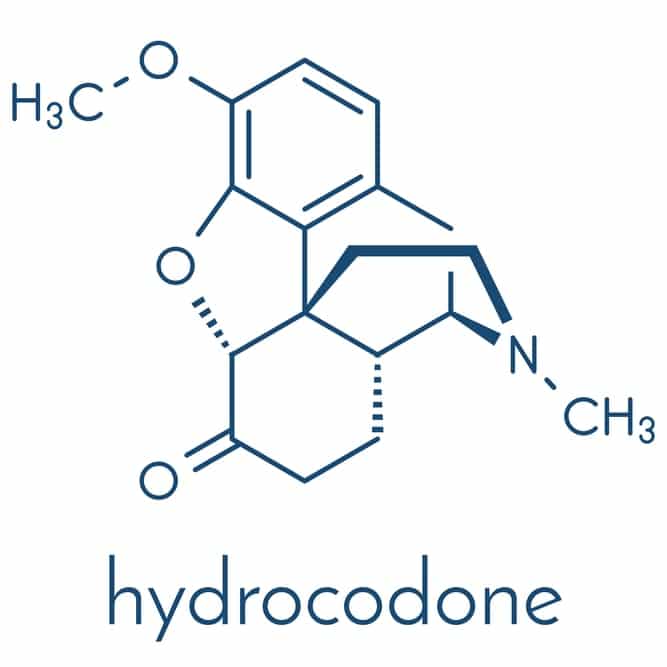 With the opioid crisis in full effect, drug tests that check for the presence of substances like hydrocodone are becoming more popular. Understanding what factors play a role in how long hydrocodone stays in your system is important.

In this article, we will take a look at what might influence the amount of time it takes for your body to clear out all the hydrocodone, as well as explain how long the substance could show on different lab tests.

How Long Does Hydrocodone Stay in Your Body?

If you have taken drugs containing hydrocodone, such as Vicodin or Norco, any time in the last 3 months, they could show up on drug tests.

Each of these types of tests can detect hydrocodone for different durations of time after the last dose.

How Long Does Hydrocodone Stay in Your Urine?

Hydrocodone is usually detectable in urine for about 3 days after the last time taken. Urine tests are some of the most common types of drug tests. This is because they are not as invasive as some other tests, and they cost less.

That said, you should never ‘count on’ a drug test being of the urine variety. There are other types of tests that can detect hydrocodone for much longer.

How Long Does Hydrocodone Stay in Your Hair?

Hair tests make it very difficult for drug users to try and plan around drug tests. While other forms of testing, such as urine, can detect substances for a few days at most, hair follicle testing can detect drugs for months.

Hydrocodone is no different; the drug could show up on a hair test for up to 90 days after the last dose.

The downfall of hair testing is that it can take a week or two for a substance to show up on the test. For this reason, it is often used in conjunction with another form of testing.

How Long Does Hydrocodone Stay in Your Blood?

Blood tests are another common form of drug testing. They are generally more accurate than urine tests, so they are sometimes used to follow up on a positive urine test to make sure it was not a false positive.

Hydrocodone will show up on a blood test for around 24 hours after the last dose.

Although blood tests are more accurate, they are also more invasive and expensive to conduct than urine tests. Blood tests are less common in at-work drug testing and more common in legal and forensic settings.

That said, you can never rule out the possibility of being subjected to a blood test at work.

How Long Does Hydrocodone Stay in Your Saliva?

Hydrocodone is detectable in saliva for 2 to 3 days using a saliva test.

Saliva testing is not very invasive and is fairly easy to administer, so it is sometimes used in place of urine testing. Another common place for saliva tests to be used is by police officers in the field.

Factors That Affect How Long Does Hydrocodone Stay in Your System

You should always consider the following factors if you are attempting to guess how long hydrocodone will stay in your body:

Every person’s body is different, and will process drugs and other substances at different rates. The following physical factors play a role in how long it takes your body to metabolize drugs:

People with faster metabolisms tend to be younger and healthier. These individuals will usually move hydrocodone through their systems at a faster rate.

In particular, liver and kidney function are very important when it comes to processing drugs and alcohol.

Over time, heavy use causes hydrocodone to build up in a user’s system. This means that the duration of time it takes for the body to process the drug increases.

Hydrocodone’s half-life is around 4 hours, so the body should be able to get rid of all of it in about 20-24 hours (It typically takes five-six half-lives for a drug to be removed). But when it is built up due to long-term abuse, it takes longer.

In addition to these factors, it matters exactly what hydrocodone-containing drug was being taken. The drug comes in extended-release versions, which make it last longer in the system. If any other drugs or alcohol were being abused at the same time, this could make the process of eliminating hydrocodone take longer.

Did you know that mental health can affect drug metabolism? People with conditions such as depression or anxiety tend to take longer to move hydrocodone through their systems. This is likely due to the higher stress levels caused by these conditions.

If you or someone you know is addicted to hydrocodone, the time to act is now. Opioid overdose claims thousands of lives in the U.S. every year, so choosing to seek treatment could literally be the difference between life and death.

Treatment will not look the same for everyone, but it usually involves a combination of group meetings, talk therapy, and, in some cases, medication. Call our treatment specialists today if you or someone you know is struggling with an addiction to hydrocodone.