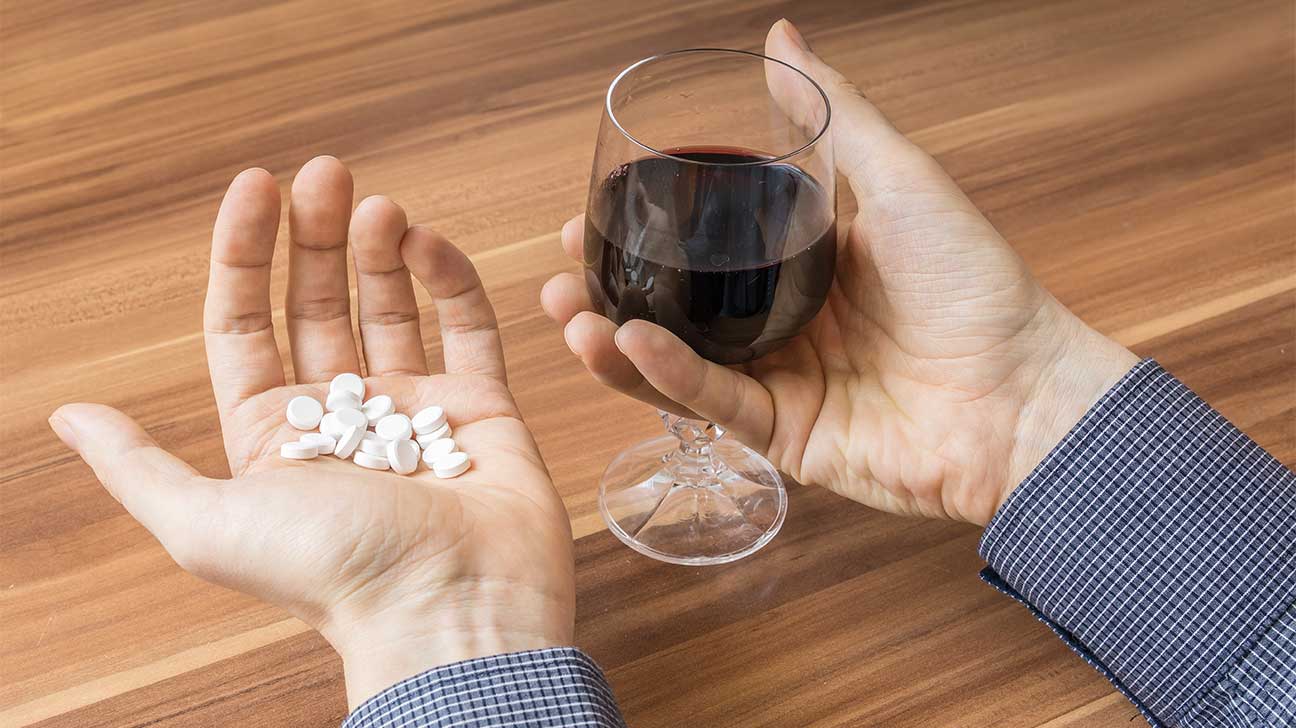 Depression is a major healthcare concern across the United States and around the world. Many prescription drugs and therapies are available to help facilitate a positive quality of life.

However, the reality of substance abuse and addiction can result in dangerous interactions and effects. As a popular and widely available substance, alcohol is commonly used and abused with prescription antidepressants.

The interactions between antidepressants and alcohol are varied. People who drink heavily are more at risk for dangerous overdoses leading to stroke or cardiovascular events. People who drink alcohol at “safe” levels — not exceeding one drink per day for women and two drinks per day for men — may still experience adverse effects from mixing alcohol with antidepressants.

Antidepressants are prescribed primarily to treat depression, but are also used for anxiety disorders, post-traumatic stress disorder, and obsessive-compulsive disorder. They work to increase different types of neurotransmitters in the brain that impact mood.

Common side effects of antidepressant use under normal circumstances are often temporary but can be unpleasant.

Such side effects include:

Antidepressants all work to improve mood, reduce depressive symptoms, and boost mental health. Still, the various drugs work through distinct mechanisms and interact with other medications, supplements, and alcohol differently.

It can be difficult to predict how the symptoms of drinking will combine with antidepressants. This is why it’s recommended to not drink alcohol when on antidepressants. However, people with an alcohol use disorder may not be able to control the urge to drink, even while taking their prescription.

Alcohol use disorder is the formal term for alcoholism or alcohol addiction where people are unable to control drinking behavior despite negative consequences.

Signs of an alcohol use disorder include:

While genetic factors may be involved with a person’s alcohol use disorder, there are also links between AUD and major depression.

Drinking alcohol to excess and alcohol dependence is associated with the following long-term symptoms:

Short-term symptoms of alcohol use include:

There are a number of antidepressants in use for treating clinical depression and other mental health disorders. Some of the most common antidepressant medications include the following.

These offer a low risk of side effects and are often prescribed before other types of antidepressants. In addition to treating depression, SSRIs are prescribed for obsessive-compulsive disorder, bulimia, and anxiety.

These prescription drugs are not frequently prescribed because of the risk of negative drug interactions. They are some of the first varieties of antidepressants but are now less commonly prescribed.

Typically, people who are prescribed MAOIs need a special diet free of tyramine to lessen the risk of serotonin syndrome.

These antidepressants are also less frequently used because they have a less-stable safety threshold. Too high of a dose leads to an increased risk of unpleasant side effects like memory impairment, constipation, and blurred vision.

They are still used to treat other mental health disorders like OCD and for people who do not respond to first-line antidepressant medications.

SNRIs are marketed as being more effective than SSRIs, although evidence has not yet fully supported this.

Serotonin and noradrenaline-releasing antidepressants, like mirtazapine (Remeron), induce drowsiness and are used to treat insomnia in addition to major symptoms of depression.

These are commonly prescribed with other antidepressants to help increase energy and give an overall feeling of wellness.  Bupropion (Wellbutrin) is the most widely known of these norepinephrine-dopamine reuptake inhibitor drugs, which are sometimes prescribed in combination with other antidepressants as a more ‘activating’ medication to help increase energy levels.

Side Effects Of Mixing Alcohol And Antidepressants

Some antidepressants, like TCA and SSRI medications, may be taken with a small amount of alcohol. However, these drugs may still produce side effects with low to moderate drinking.

The risk of alcohol use making an antidepressant ineffective is a major concern. If antidepressants don’t work properly, it is counterproductive to a person’s mental health and wellbeing.

Because both substances work to alter brain chemistry, it is difficult to know the range of serious side effects to expect. This is why NO alcohol is recommended when on antidepressants.

Treatment For Polysubstance Abuse And Addiction

Medical detox is the most difficult, yet straightforward step for treating alcohol use disorder. Depression, whether treated or untreated, is never helped by alcohol. If you or a loved one is finding it difficult to stop using alcohol or if you’re taking antidepressants while drinking, talk to your doctor and then call one of our treatment specialists.

Inpatient treatment programs can give you a safe place to detox and grow into a new sober life. Many people find that sobriety is the best step towards addressing underlying health conditions and life situations contributing to a condition of poor mental health. Please get in touch with us today to learn how a recovery program can help you with a fresh start.