Home › Opioid Addiction › What Is Robotripping? 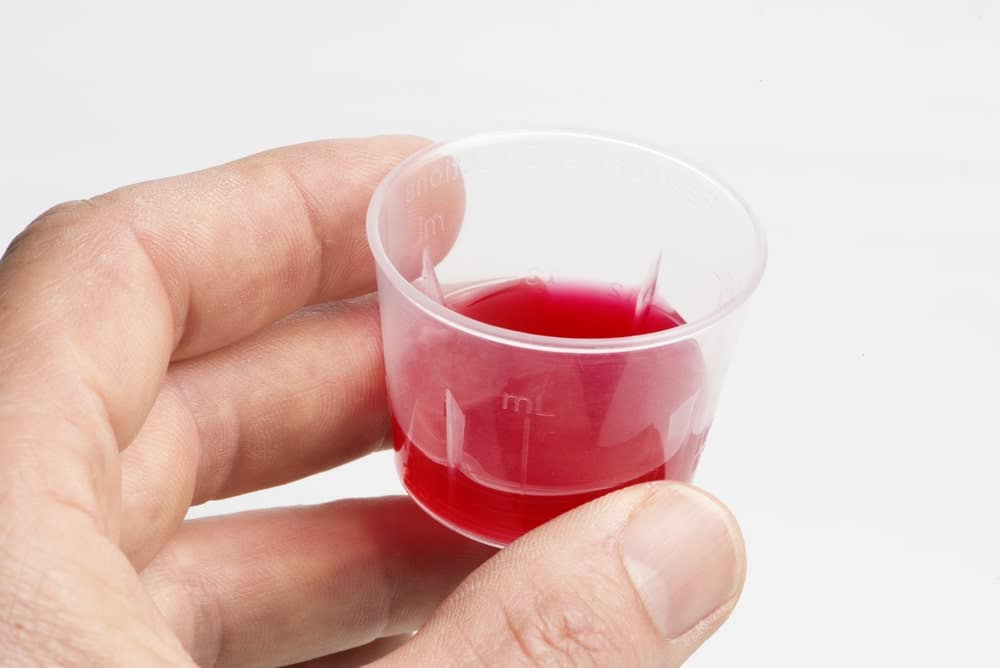 The popular cough medicine, Robitussin, is a common means of getting high. Hence, abusing cough medicines in general is known as ‘Robotripping’. A robotrip lasts for between half an hour and six hours. The duration depends largely on dosage and the presence of other substances in the system, such as DXM.

Dextromethorphan, also known as DXM or DM, is a synthetic substance used for a number of allergy and flu symptoms. It suppresses coughs and aids in the removal of mucus, and it relieves itchy throat and watery eyes.

This broad application means that the substance is an ingredient in dozens of over-the-counter (OTC) medications from syrups to pills and lozenges.

DXM is not scheduled under the Controlled Substances Act (CSA) because in therapeutic doses it is safe and doesn’t have a high potential for addiction. DEA reports suggest that this ease of access is a factor in the drug’s recreational use.

DXM is misused for a marijuana-like state of intoxication. High doses bring about many of the hallmark signs of intoxication such as slurred speech and poor motor control. The drug has hallucinogenic and dissociative effects and is an anesthetic like PCP and ketamine.

For this reason, it’s called the poor man’s PCP. DXM use is not detected on standard urine drug tests, but can sometimes show up as a false positive for PCP.

These psychoactive effects can be unpredictable and unpleasant. In some cases, they lead to paranoia and aggression rather than escapism.

In the 2018 Monitoring the Future Study, 2.8% to 3.4% of high schoolers reported misusing cough and cold medicines. Experts recommend highlighting the negative effects of DXM abuse alongside those of illicit drugs in conversations with teenagers.

Regular doses are between 15 and 30 mg. Irregular use involves taking single doses between 240 mg and 1,800 mg. Binges far exceed even these amounts. That’s the equivalent of multiple bottles of cough medicine. Powder forms of DXM are snorted and swallowed.

This eliminates having to consume a lot of syrup in a short span of time which causes vomiting. The contents of gel capsules can be injected. Information about the drug’s extraction and purification for the purposes of getting high are widely accessible on the internet. DXM can also be sourced online.

Over-consumption followed by high levels of activity, like dancing at a club, can cause the body to overheat resulting in a fever.

In addition to prescription medications like Adderall, seemingly harmless stimulants like energy drinks and coffee can also interact negatively with DXM. Chronic DXM hyperdosing can lead to insomnia, psychosis and severe psychological problems.

There are five known phases of DXM misuse:

DXM was approved by the FDA in 1958 and there was early evidence of extensive abuse. Pharmaceutical companies tried to address this problem by making DXM products less palatable in high quantities. Later, better-tasting products were also put on the market. Either way, users have found various methods to make cough medicine go down.

Ever since the sixties, OTC cough meds have been mixed with beer and wine coolers. These days, cough and cold medicine is mostly mixed with soft drinks and hard candies. The resulting sweet concoction, known as purple drank, sizzurp or lean, has been glamorized in rap music. The cough medicine in these drinks tends to use promethazine and codeine as components rather than DXM. But it’s worth noting that DXM used to be classified as an opioid because of its chemical similarity to codeine.

Promethazine is a sedative and codeine is an opiate which can create tolerance and dependence over time. Central nervous system depressants like these substances can stop vital functions and cause fatalities in large doses.

For a long time, there’s been talk of ‘pharming parties’. At these parties, OTC drugs in an assortment of colors are sourced from different medicine cabinets and consumed like they’re candy. Besides Lean, Purple Drank and Sizzurp, other names for cough and cold medicines and substances containing them include:

If you consider the impact on the brain and body, large amounts of cough and cold medicine are not unlike illicit drugs in their effects. Drugs alter communication between nerve cells and change the brain’s reward pathways. DXM affects serotonin transmission which can produce temporary feelings of contentment.

But substances also impair brain function and cause substance use disorders (SUDs). Addiction is a compulsive need for the substance at the expense of daily responsibilities.

The effects of DXM are made worse by the consumption of other substances like alcohol. Used with antidepressants such as Prozac, a lethal condition called Serotonin Excess Syndrome can arise.

Combined medicines for common colds tend to contain other drugs like codeine, decongestants and acetaminophen which are extremely dangerous in excessive doses. Acetaminophen is known to cause liver damage, and as mentioned above, codeine can stop the heart and lungs. When the brain is starved of oxygen, strokes and brain damage can occur.

Ingested in large doses, DXM can produce life-threatening reactions. There have been both local and international reports of deaths as a result of toxic levels of the substance. Naloxone, usually used to treat heroin and opioid overdoses, can also be used on someone who has overdosed on DXM.

Signs of an overdose include:

If you or someone you know is abusing cold medicines, seeking treatment is advised. With DXM misuse, complete rehabilitation is possible. Health professionals can help you detox in a safe and supervised environment. Cognitive Behavioral Therapy and medication, when necessary, can tend to some of the underlying issues causing substance use. Treatment develops healthier coping mechanisms for stress and cravings. This can prevent a progression to using other drugs and can improve your physical and mental well-being.