Narcotics Anonymous: What Are The 12 Steps? 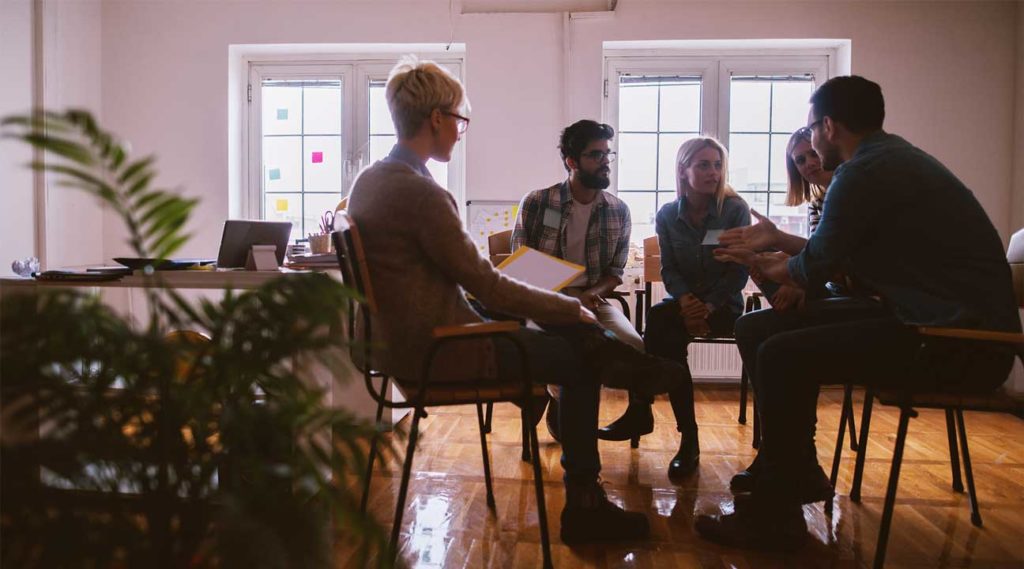 Millions of people in the United States struggle with substance abuse, including addiction to alcohol, opioids, and other drugs. Recovering from substance abuse is a lifelong journey that begins with admitting you have a problem and seeking help.

Where you find that help, and what it looks like, can vary from person to person. In addition to formal rehab programs, 12-step programs are a common source of support for people with mental health and substance use disorders.

What Is Narcotics Anonymous (NA)?

Since its formation, the organization has grown significantly and currently offers a support network for individuals across the globe.

Although initially formed to help people overcome an addiction to narcotics, NA has expanded its program to support people seeking to recover from all types of drug addiction, including addiction to alcohol, prescription drugs, and illicit drugs such as heroin.

Narcotics Anonymous is not a healthcare organization. Members of NA host free step groups, generally on a weekly basis, which may be held in a variety of locations, including public spaces and religious buildings. The organization also offers virtual NA support groups.

What Are The 12 Steps Of Narcotics Anonymous?

Narcotics Anonymous (NA) utilizes a 12-Step recovery model. This model is composed of 12 steps, or guiding spiritual principles, to support people on their path towards a drug-free future.

You don’t have to complete the steps in any formal order. You can begin the NA program at any step, based on where you are in your relationship with drug use and what feels right to you.

Here are the 12 steps of Narcotics Anonymous (NA):

1. We admitted we were powerless over our addiction, that our lives had become unmanageable.

2. We came to believe that a Power greater than ourselves could restore us to sanity.

3. We made a decision to turn our will and our lives over to the care of God as we understood Him.

4. We made a searching and fearless moral inventory of ourselves: Total honesty is a must in this step.

5. We admitted to God, to ourselves, and to another human being the exact nature of our wrongs.

6. We were entirely ready to have God remove all these defects of character.

7. We humbly asked Him to remove our shortcomings.

8. We made a list of all persons we had harmed, and became willing to make amends to them all.

9. We made direct amends to such people wherever possible, except when to do so would injure them or others.

10. We continued to take personal inventory and when we were wrong promptly admitted it.

11. We sought through prayer and meditation to improve our conscious contact with God as we understood Him, praying only for knowledge of His will for us and the power to carry that out.

12. Having had a spiritual awakening as the result of these steps, we tried to carry this message to addicts, and to practice these principles in all our affairs.

The twelve steps are explained in further detail in the Big Book of Alcoholics Anonymous (AA). Access to this governing literature and feedback from NA members who have completed the twelve steps can be found online.

Spirituality And The Twelve Steps

The 12-Step Program is not affiliated with any particular religion. That being said, the steps do contain a spiritual element and refer to an entity identified as ‘God’ or a ‘higher power’.

People of all religious and spiritual backgrounds are welcome to participate in the recovery program, including: Christians, Jews, Buddhists, and Muslims. You do not have to be religious or spiritual to attend NA meetings.

What To Expect At Twelve-Step Meetings

Attending a Narcotics Anonymous (NA) meeting may seem intimidating if you’ve never attended an anonymous support group before. Local chapters who host these meetings generally strive to make their meeting atmosphere as welcoming and open as possible.

During meetings, attendees are encouraged to share their progress in sobriety, their setbacks, and to seek support from others who are on their own personal journey. Beyond introducing yourself in the beginning, however, sharing during a meeting is entirely voluntary.

You don’t have to be on a certain step to attend 12-Step meetings. Meetings offer a safe and supportive environment for people at all stages of the recovery process.

General Rules Of The 12 Step Program

Everyone who attends Narcotics Anonymous meetings is asked to follow general rules of etiquette to ensure a mutually beneficial space of respect, confidentiality, and healing.

Rules may vary by location, although meetings generally adhere to the following rules of etiquette:

Meetings are free and open to everyone. The location of a meeting does not indicate any affiliation.

Finding A Rehab Center That Offers The 12-Step Program

At Recovering Champions, we understand that people with substance use disorders can find solace, support, and hope through twelve-step programs.

In recognition of this, our treatment facility offers access to twelve-step meetings as a component of our substance abuse rehab programs.

If you or a loved one is looking for drug addiction treatment, Recovering Champions may be able to help. Call us today to learn more about beginning the 12 Steps at our treatment center, or finding a drug treatment program that’s right for you.

How Much Is Rehab?