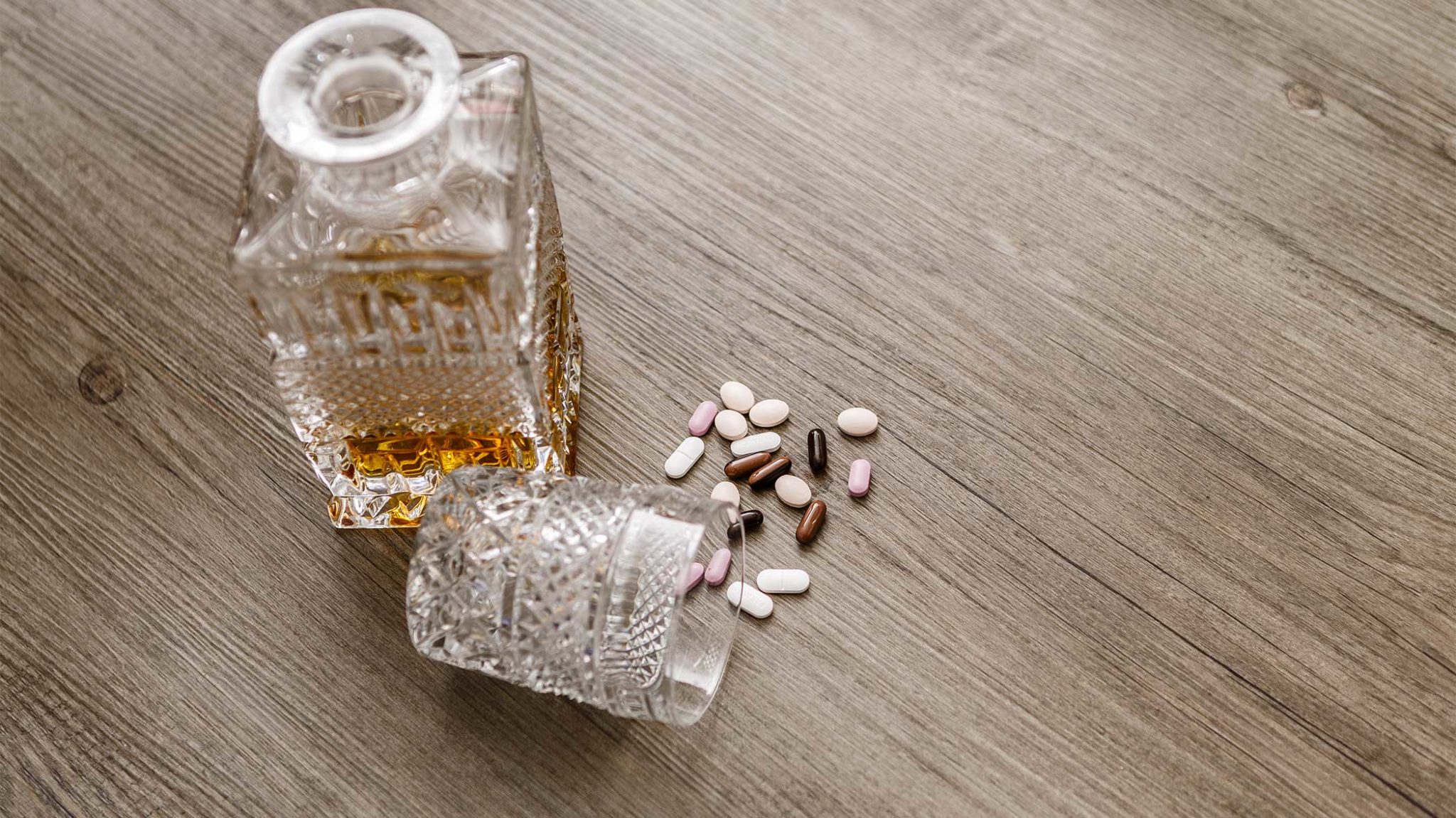 A recent study from the National Institute of Health reported 70% of Americans who drink alcohol also take medications that can cause drug interactions with the socially accepted legal substance. Many prescriptions come with warnings not to take them with alcohol.

Combining alcohol consumption with prescription drugs can be a form of substance abuse. It can also be a danger to your health, leading to an increased risk of health problems, drug overdoses, and even death.

Practicing responsible drug use includes taking prescriptions as directed, following warnings on labels, and thoroughly discussing the risks with your doctor. The effects of alcohol and prescription drugs depend on the type of drug taken and the amount of alcohol consumed.

Types Of Prescription Medications You Should Never Mix With Alcohol

Many medications that affect the central nervous system (CNS) have drug interactions with alcohol. Alcohol also affects the CNS, which includes the brain and spinal cord.

Mixing alcohol with medication can add to a drug’s depressant effects, slowing the brain down to dangerous levels. It can also mask the stimulant effects of some drugs, making higher doses and severe side effects more likely.

Benzodiazepines and alcohol can cause an additive effect, making the effects stronger than taking one substance alone. Side effects may include a loss of coordination, difficulty breathing, and memory problems.

Overdosing on benzodiazepines alone is unlikely, but the risk of overdose with alcohol becomes more likely and potentially life-threatening.

Opioid painkillers like hydrocodone, oxycodone, and fentanyl are not meant to be mixed with alcohol. The risk of opioids and alcohol having a negative interaction is significant because opioids are highly prescribed and distributed across the United States.

Mixing opioids and alcohol can cause an additive effect in the CNS. A safe, directed dose of opioids can become life-threatening when mixed with alcohol, greatly increasing the risk of overdose. Alcohol was involved in nearly 15% of all opioid overdose deaths in 2017.

Over-the-counter products like Tylenol and ibuprofen can be easy to access compared to prescription opioids. Despite their ease of access, they can also be dangerous when combined with alcohol.

Acetaminophen, a common main ingredient in over-the-counter pain relief products, can cause severe liver damage when mixed with alcohol. Mixing ibuprofen and alcohol can also lead to stomach ulcers and internal bleeding.

Ritalin, Vyvanse, and Adderall are stimulants that increase activity in the CNS. Many of these medications treat attention deficit hyperactivity disorder (ADHD), and should not be mixed with alcohol.

Taking alcohol and prescription stimulants together can cause cardiovascular problems like increased heart rate, high blood pressure, heart arrhythmia, and other heart problems. They can also lead to more general side effects like sleepiness and dizziness.

Alcohol can reduce the effectiveness of antidepressants. In some cases, mixing the two can make depression worse.

A specific class of antidepressants, known as monoamine oxidase inhibitors (MAOIs), can cause severe side effects when taken with alcohol. The risk of stroke when mixing MAOIs and alcohol is much higher compared to other antidepressant types.

Mixing antidepressants with alcohol can cause suicidal thoughts, increased risk of liver damage, tremors, and worsened symptoms of depression.

There have been reported cases of memory loss in patients who mixed alcohol with sedatives. Patients have reported sleepwalking, eating while asleep, and even driving while asleep on both substances, but were unable to remember what happened later.

Mixing alcohol and prescription drugs often goes against following instructions given by your doctor or labeling. Forms of substance abuse like this increase the chances of chronic misuse, which can, in turn, lead to drug addiction or alcohol use disorder.

Treating substance use disorders is a lengthy process that should adjust to the patient’s needs. Detox programs, counseling, medication-assisted treatment, and wellness exercises may all be used depending on the patient’s outlook.