How Does Alcohol Consumption Affect the Central Nervous System? 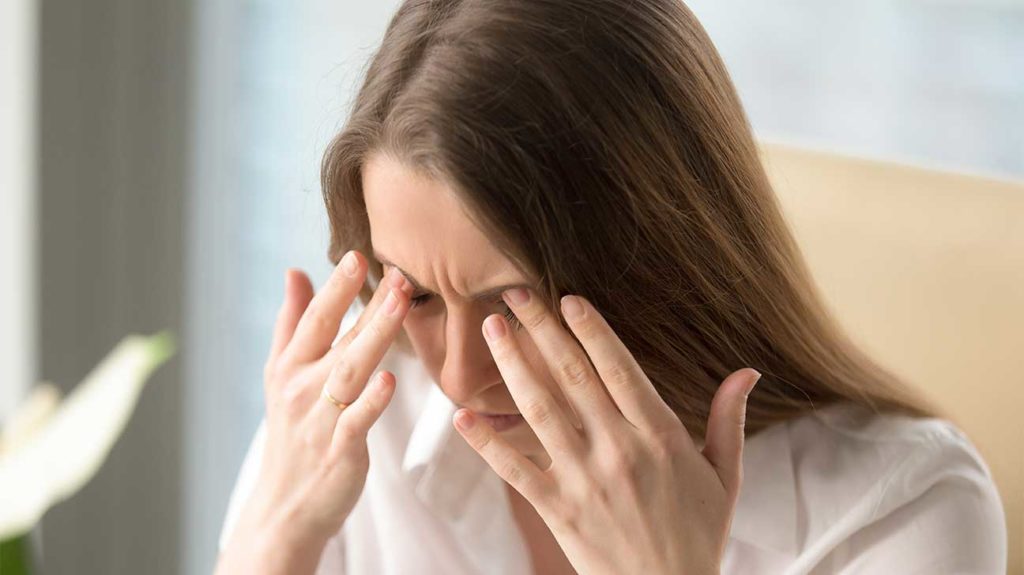 Alcohol And The Nervous System

The central nervous system (CNS) consists of the brain and spinal cord. The CNS uses our senses to receive and manage information from our environment. It directs the rest of our body to respond in collaboration with the peripheral nervous system (PNS). The PNS runs along our limbs, organs and muscles.

The CNS is responsible for thinking and comprehension. It is significantly affected by alcohol use. Alcohol is a small molecule. As a result, it can enter different areas of the body quickly. And it easily passes the blood-brain barrier with potentially toxic consequences. Brain structures that have important jobs to do to ensure our survival are affected.

According to the National Institute on Alcohol Abuse and Alcoholism, various factors contribute to how alcohol affects the CNS:

What Is The Difference Between Moderate And Heavy Drinking?

Health professionals generally consider moderate drinking to be a drink a day for women and two drinks per day for men. The liver can only handle one unit of alcohol per hour. For every drink consumed, about one hour is needed to process and eliminate it from the body. Two drinks means that about two hours are required for an individual to become sober.

In terms of blood alcohol concentration (BAC), the legal limit in the US is 0.08%. The University of West Virginia equates this to about three to four drinks. Binge drinking refers to heavy drinking within a two-hour timespan. For women, this means four drinks and for men it means five drinks.

If a woman drinks 10 units of alcohol a day and a man drinks 15 units, it is advised that they go into a medically-supervised detox.

Experts agree that alcoholism runs in families. Studies have shown that genes account for half the risk of alcohol use disorder. Environment is responsible for the other half. Both nature and nurture play their part.

Choice is a factor. Less than half of the children of alcoholics become alcoholics themselves. While there is an inherited risk and a genetic basis for alcoholism, drinking is something people can choose to include or exclude from their lifestyle. It is a learned behavior.

But alcoholism is thought of as a disease for a reason. Once addiction takes hold, there’s a loss of control and it seems like there’s no choice but to drink. At this point, the intention to recover needs to be supported by treatment.

Is Alcohol A Central Nervous System Depressant Or Stimulant?

Because alcohol releases dopamine, the ‘feel-good’ hormone, it’s often thought of as a stimulant. A low dose of alcohol increases heart rate and helps to create the buzz that attracts many people to drinking.

Alcohol is a CNS depressant, which means it can give rise to feelings of depression and slows down CNS activity. That includes brain activity related to problem-solving and decision-making. Consequently, a drunk person takes more risks and is less self-conscious than they might usually be.

But the fun and games always end for people who fail to drink responsibly. With constant drinking, the dopamine effect becomes less powerful as time passes. A person will start to consume alcohol more frequently in an attempt to feel the initial pleasure again. Clearly, alcohol is a potent drug.

Ethanol is the most common type of alcohol in beverages and different drinks will have different quantities of it. Ethanol acts on the body in a similar way to an anesthetic. At low blood concentrations, it prompts drinkers to relax. At this stage, impairment is caused but it is mild.

Go over the recommended limits, however, and the safety of the drinker and the people around them is compromised.

CNS depression can bring about a number of terrible outcomes. Suppressed brain activity has a direct effect on coordination and reaction times. This is why drunk driving is so dangerous and should be avoided.

CNS depression can slow heart rate and breathing down. It can also lower blood pressure and body temperature to dangerous levels. Heavy drinking suppresses the system in the brain which is responsible for sleeping and waking. This, in turn, can cause an intoxicated person to pass out and injure themselves. Alcohol poisoning can lead to vomiting, blue skin, entering a coma and even death.

Which Neurotransmitters Are Affected By Alcohol?

Studies in animals have found that high doses of alcohol interrupt the growth of new brain cells. But what about humans? As our most complex organ, the brain is a powerhouse. Within minutes of drinking, alcohol alters brain chemistry.

Our neurons or nerve cells can no longer communicate properly because the neurotransmitters which send messages between them are affected. Of course, this impacts our brain’s ability to communicate with our body. In addition, the fine balance between so-called excitatory and inhibitory neurotransmitters is disrupted.

Glutamate is an example of an excitatory neurotransmitter. Usually, it would increase both energy levels and brain activity. But alcohol lowers glutamate levels.

GABA is an inhibitory neurotransmitter. It has the opposite effect and puts all functions on a slower pace. What increases GABA in the CNS? You guessed it. Alcohol.

Now imagine the harmful effects of illegal drugs and GABA-increasing sedatives like Xanax and Valium when they’re combined with alcohol. It’s a life-threatening disaster waiting to happen.

Although alcohol intensifies and worsens the effects of certain drugs, it can also make medications ineffective. This complication can be fatal too.

Alcohol affects dopamine which is another neurotransmitter. It creates permanent changes in the brain’s stress and reward circuits.

To say that heavy drinking destroys brain cells is not an exaggeration. Long-term use damages neurons, affects brain receptors, causes a loss of tissue mass and shrinks the brain’s frontal lobes.

Deficiencies are created in the brain’s white matter fibers which carry messages between brain cells or gray matter. This causes reduced mental and physical functioning.

As listed below, it can lead to an inability to control emotions. Drunk people break down in tears, go into violent rages and behave unreasonably. These mood swings point straight to the physical changes alcohol makes to the brain.

Some of alcohol’s short term effects stop shortly after alcohol is processed and removed from the body. But alcohol abuse in the long run can have many direct and indirect negative effects.

There’s also the fact that alcoholics often choose drinking over eating. Poor nutrition further contributes to damage in the brain and other organs.

Short Term Effects of Alcohol on the CNS

Long Term Effects of Alcohol on the CNS

The good news is that alcoholics with health deteriorations can experience some improvements within a year of abstaining from drinking. For example, depressive symptoms can lessen within two to four weeks of sobriety.

This is due to the brain’s ability to reorganize itself. Recovery can be helped along with physician-approved medical interventions, better nutrition and dietary supplements. Thiamine-enriched foods can decrease brain lesions caused by WKS and reduce the horrible effects of the condition.

With alcohol addiction comes AWS and its symptoms. These can occur anywhere between four hours and five days after the last drink is consumed. They also take place when consumption is reduced because of a lack of money to fund the habit. Symptoms range from shaking to trouble sleeping.

Alcoholics tend to have a higher tolerance of alcohol. They can often consume more than those with a normal tolerance without displaying many of the short term effects. This is linked to the two categories of neurotransmitters mentioned earlier.

Alcohol’s depressant effects pushes the CNS towards a state where inhibitory neurotransmitters dominate. Long-term alcohol use causes the brain to try and make up for this slowing down of brain activity.

It restores balance by increasing excitatory neurotransmission. During alcohol withdrawal, there is no alcohol to balance out the changes the brain made to cope. This dependence on alcohol causes the brain to go into overdrive.

The effect is called kindling and it can result in seizures or fits. Alcohol misusers can experience intense fear, bursts of random energy, and can go into a state of unresponsiveness even though they seem awake. The brain, like a computer, is experiencing a malfunction.

More withdrawal episodes can trigger worse side effects. This is why it is vital for alcohol withdrawal to be overseen by doctors and medical professionals.

When alcohol misusers show signs of wanting to change their behavior, it is an important first step. Alcohol Addiction Treatment should be pursued as soon as possible. With relevant inpatient or outpatient care, support groups such as Alcoholics Anonymous, suitable medications and skills training, relapse can be avoided.

Post-detoxification, abstinence paves the way for the brain and CNS to repair itself and for quality of life to improve. If you or someone you know is struggling with alcohol, help is available. Call and speak with one of our Treatment Specialists today and get the help you deserve.