The number of deaths related to drug overdoses skyrocketed in 2021 to over 100,000 fatalities. Opioids, such as fentanyl, and stimulants, such as methamphetamine, rank among the highest substances causing addiction and death. 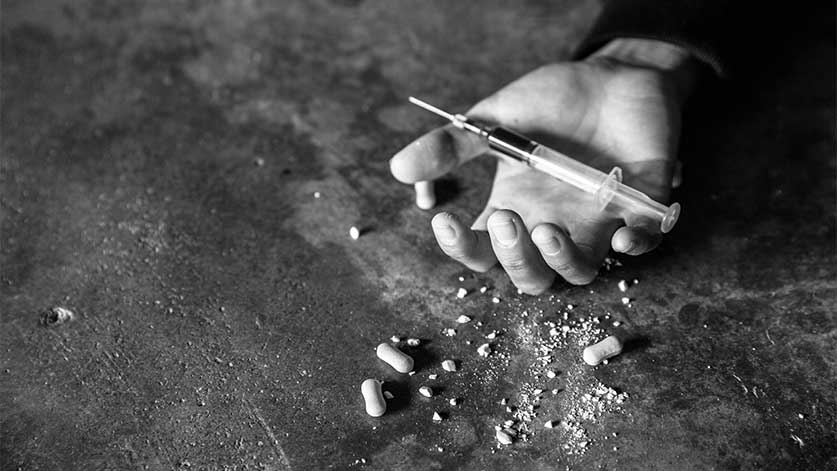 The United States is experiencing one of the most severe drug overdose death epidemics. The National Center for Health Statistics estimated over 100,000 overdose deaths in 2021.

Several reasons can contribute to this historic rise in overdose deaths. Some of the factors include the frequency of drug addiction, dangerous cutting agents, and unfamiliarity with drug use.

Harm reduction tools may help to lower the number of U.S. drug overdose deaths. Below we’ll discuss what drugs are causing the most damage.

What Drugs Cause The Most Overdoses?

The first wave of the opioid crisis began in the early 1990s when there was a rise in prescription opioid use amongst people with extreme pain, especially those recovering from major surgeries.

These prescriptions, a combination of synthetic and natural opioids, were thought to be non-habit-forming. However, soon after hitting the market, opioid addiction was rampant.

This constant prescribing of opioids has sent the U.S. into an opioid overdose epidemic.

However, it’s not just opioids that are causing overdose deaths. Methamphetamine use and meth-related deaths are also increasing.

Opioids account for several drugs naturally, synthetically, and semi-synthetically made. Many are prescription substances, and some are illicit drugs.

Drugs that fall into the opioid drug family are:

Opioids are especially addictive due to their relaxing, dissociative, and euphoric high. These drugs attach themselves to natural opioid receptors in the brain and fill the body with dopamine.

Common side effects of opioids are:

People inject, snort, smoke, inhale, and eat opioids. A high can last several hours and usually involves someone “nodding off,” which is a state of falling in and out of consciousness.

Opioids are some of the most addictive drugs on the street and in the medicinal world.

Though stimulants account for multiple drugs, the ones that lead to the most substance use disorders and overdose deaths are methamphetamine and cocaine.

The Centers for Disease and Control Prevention (CDC) found that in the first six months of 2019, stimulants and illegal opioids were involved in nearly 85% of overdose deaths.

Cocaine and meth stimulate the central nervous system and brain with dopamine and norepinephrine, creating quick bursts of energy and euphoria.

Meth, usually ingested as crystal meth, also stops the natural recycling of old dopamine in the body. This increases its effects and quickly creates addiction.

People often take stimulants before a long night of partying, clubbing, or simply to get energized. The effects of these drugs wear off quickly, leading to more abuse.

Snorting and smoking are the most common form of ingesting stimulants, but they can also be mixed with opioids and injected.

What Cause Overdose Deaths?

Several reasons can explain the high number of drug overdose deaths in the U.S. This might include inexperience with drug use, toxic cutting agents, and high tolerance to a drug.

Inexperience With Drug Use

People who experiment with drugs for the first time are often unaware of the amount that is typically ingested.

Accidentally using too much of a substance can easily lead to an overdose.

Usually, people don’t know if they are allergic or have a low tolerance to certain substances or cutting agents. Sudden death has occurred in first-time drug use.

Some people who are used to prescription opioids make the switch to street drugs once their prescription is cut off. This causes misuse and overdose.

Drug traffickers try to maximize the profits of a batch of drugs by cutting them with diluents and additives.

Additives increase the effects of a lower-quality drug. Cartels illegally manufacture fentanyl that is significantly more potent than prescribed fentanyl.

Dealers may also mix fentanyl into low-purity heroin, cocaine, and methamphetamine. Someone may unknowingly buy fentanyl and ingest a toxic amount.

Diluents are cut into drugs to offset their powerful effects. Sometimes, cutting agents used in the preparation stages are quite dangerous and not intended for human consumption.

Examples of dangerous cutting agents are:

Those who abuse drugs for a long time build a tolerance to their effects. To feel the desired high, they will up the amount they intake.

Constantly pushing the body’s limits is very risky. Along with adding to the severity of side effects, it can increase the likelihood of continuing addiction.

Some people mix substances, use new routes of administration, or increase the frequency of use. These are some of the leading contributors to keeping the opioid epidemic alive.

If a person doesn’t know what to expect after a drug overdose, they may lack the necessary skills and precautions needed to act quickly in an overdose situation.

Being informed on the steps to aid an overdose can be the difference between life and death.

If you witness an overdose, it’s best to:

The most effective harm reduction tool is to break the habit of addiction by entering a substance abuse treatment program.

Treatment programs include inpatient rehabilitation, outpatient options, and medical detox. If abuse is still active, there are tools to limit the possibility of an overdose.

Some harm reduction tools are:

Raising awareness and availability of such harm reduction tools can significantly decrease the number of overdose deaths in communities affected by addiction.

If you or a loved one are looking for a New England rehab center to recover from addiction, we can help.

At Recovering Champions, we offer a number of treatment options that can help you get to the root causes of addiction and build a sober community.

Reach out to a drug specialist today to learn more.