Home › Can Toradol Get You High?

Can Toradol (Ketorolac) Get You High? 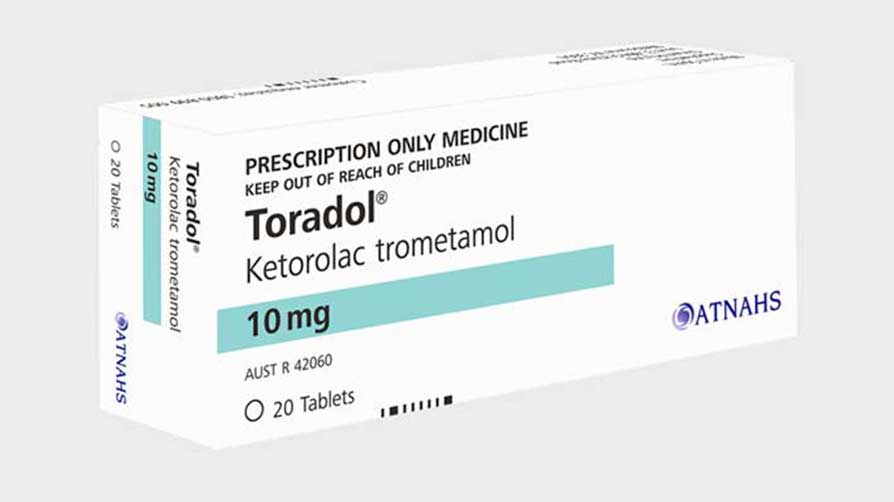 Although rare, some people who take Toradol experience euphoria (intense joy) and relaxation.

Toradol is the brand name for a prescription drug called ketorolac tromethamine. It belongs to a class of medications called nonsteroidal anti-inflammatory drugs (NSAIDs).

All of these forms provide acute pain relief by blocking your body’s production of prostaglandins. Prostaglandins are hormones that cause pain, fever, and inflammation.

As an analgesic (painkiller), Toradol treats moderate to severe pain. Some people wonder whether it can get you high like opioid painkillers do.

Getting High On Toradol

The effects of Toradol are much milder than the high caused by opioids. That’s why Toradol is less likely to be abused than opioids. Still, some people abuse Toradol by using it in a manner not prescribed by their healthcare providers.

To abuse Toradol, some people might take it for a longer period of time than prescribed. Most doctors only prescribe Toradol for short-term use (5 days or less) to reduce the risk of side effects.

Other people may abuse Toradol by taking higher doses than prescribed or mixing it with alcohol or other drugs.

All forms of Toradol abuse pose the following health risks:

People who abuse Toradol face an increased risk of side effects. The drug’s most common side effects include:

Rarer, more serious side effects may include:

If you or someone you know experiences these more serious side effects, seek medical advice right away.

Toradol abuse can cause gastrointestinal bleeding, especially if you mix the drug with alcohol or have preexisting gastrointestinal problems, such as peptic ulcer disease or stomach perforations.

Common signs of gastrointestinal bleeding include:

Long-term Toradol use can damage your kidney function, especially if you already have kidney disease or kidney failure. The most common symptoms of kidney damage include:

Taking high doses of Toradol can raise your risk of cardiovascular problems (including high blood pressure, heart attack, and stroke), especially if you have congestive heart failure or other types of heart disease.

Abusing Toradol can lead to liver disease, which is life-threatening in some cases. Common signs of liver disease include:

If you abuse Toradol while pregnant, you may experience low amniotic fluid levels or kidney problems. Your baby may also develop kidney failure.

In addition, if you use Toradol while breastfeeding, the drug may pass into your breast milk and cause side effects in your baby.

Toradol can have adverse effects (such as increased side effects) when mixed with various prescription and over-the-counter drugs, including:

If you take Toradol as prescribed and don’t abuse it, you may be able to take some of these drugs. Just ask your doctor first.

If you take more Toradol than prescribed, you may overdose. The most common symptoms of a Toradol overdose include:

Seek medical attention right away if you or someone you know experiences these symptoms. When left untreated, a Toradol overdose may be life-threatening.

If you or someone you love struggles with Toradol abuse, please reach out to a Recovering Champions specialist. Our substance abuse treatment programs offer personalized, evidence-based care to help you or your loved one thrive.