Can You Recover from Methamphetamine Addiction? 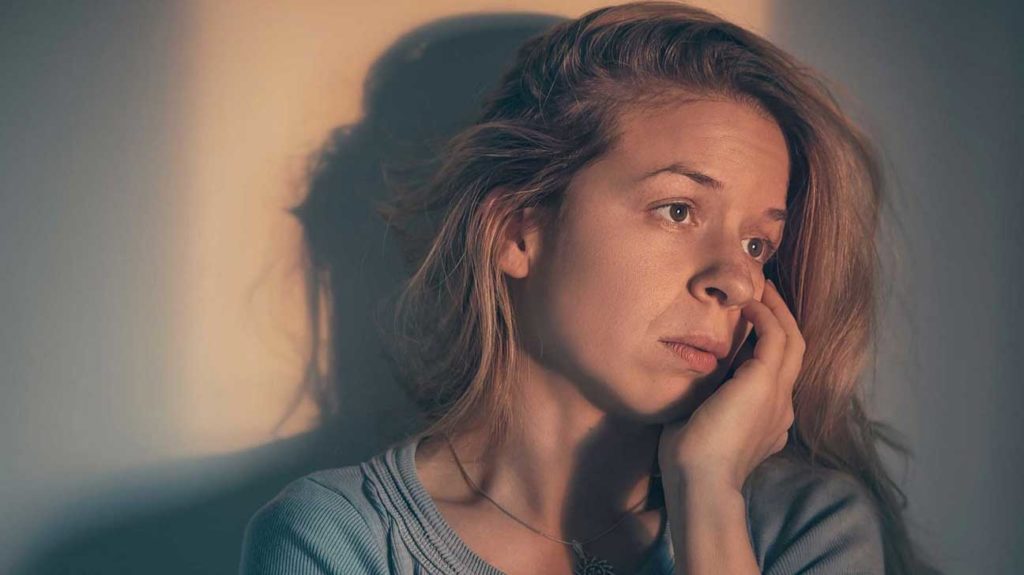 A Five Stage Model For Recovery

Dr. Richard Rawson, Ph.D., an Associate Director of UCLA Integrated Substance Abuse Programs, developed a 5-stage model of recovery for use in cocaine addiction. Authors like Joseph Sharp have effectively adapted this model for use with other stimulants, including methamphetamine.

In this model, it is common for people attempting methamphetamine recovery to face two stages simultaneously. This is particularly common during transitions between stages. Recovery is an individual process, so, suggested timelines may differ.

Methamphetamine is a synthetic stimulant. It is a derivative of the ephedra plant.

Like many of the currently abused recreational drugs, methamphetamine became popular as a stimulant for use in battle. Methamphetamine was injected into soldiers on all sides of the global conflicts of World War II. It was used to keep soldiers awake in battle, and its use contributed to the explosive behavior of Japanese kamikaze pilots.

There have been many popular medical applications for methamphetamine. Meth as a stimulant was a popular treatment for depression and sleep disorders. Obesity and other binge eating disorders were treated with meth as they can be an effective appetite suppressant. Methamphetamine also improves focus, and has been used to treat attention deficit disorder (ADD).

Difference Between Amphetamine and Methamphetamine

Both amphetamine and methamphetamine can cause increased metabolism and increased heart rate. And both have been historically abused for their stimulant use. Amphetamines, in particular, are still abused by college students, wall street bankers, pilots, athletes, and professional truck drivers.

Neither amphetamine, nor methamphetamine, can be legally obtained without a prescription. Amphetamine, being less potent and therefore less addictive, is more frequently prescribed. Both substances, however, are highly addictive.

The active ingredient in amphetamines and methamphetamines became a Schedule II controlled substance during the early 1970s. Though still available via prescription, many different and varied people had developed both a chemical dependence and a physical dependence, for productivity in their daily lives.

The precursor of methamphetamine, ephedrine, continued to be found in over-the-counter drugs, as in many of the popular cold remedies. During the early 1980s, motorcycle gangs on the West Coast cooked ephedrine to produce the crystallized form of methamphetamine, known as crystal meth. Mexican drug cartels also became a key source of bulk ephedrine for meth labs in the US.

The Dangers Of Methamphetamine

Besides addiction, there are other, severe consequences of methamphetamine use.

Along with these specific side effects, meth use can carry other dangers. These dangers include diseases or other bacterial infections from shared needle use, as well as ill effects from the abuse of other drugs alongside methamphetamine.

One of the primary differentiating factors in methamphetamine addiction withdrawal, when compared to the withdrawal symptoms of other substances, is the strong dopamine response. Long-term meth abuse can cause significant damage to the dopamine receptors in the brain. Methamphetamine addicts, during withdrawal, will not only have less dopamine to give them pleasure, but also less ability to experience the effects of dopamine. The result for many former meth addicts can be anhedonia, an inability to experience pleasure.

So, while the sickness due to methamphetamine withdrawal can be less significant, when compared to withdrawal from heroin addiction, the effects of anhedonia can last for years.

After a long period of sleep deprivation, decreased appetite, and dehydration, caused by meth abuse, the initial stages of methamphetamine addiction withdrawal are often notable for the increased sleep, caloric intake, and drinking that occurs. It is not uncommon for people facing meth withdrawal to gain a lot of weight during this period.

Like other substances, methamphetamine withdrawal involves periods of intense cravings. Anhedonia symptoms during these cravings can lead to a swift relapse.

Methamphetamine is a central nervous system stimulant, and when too much is consumed at once, the results can be fatal. Rapid, irregular heartbeat can lead to heart attack or stroke. Body temperature can rise sharply, also resulting in fatal heart responses or kidney failure. Seizures from methamphetamine use can lead to fatal brain damage.

Why Is Meth So Addictive?

The brain has certain centers dedicated to the regulation of pleasure. These centers are designed to motivate people to repeat certain activities. Examples of these activities include sex (to stimulate population growth) or eating certain foods (to stimulate growth or health). In either case, a chemical known as dopamine is produced to induce pleasure.

Methamphetamine use also stimulates the release of dopamine, only amplified. The feeling of euphoria when using methamphetamine is accompanied by increased awareness, focus, and often productivity, or even increased sensation from sexual contact.

As the effects of the drug wear off, a chemical imbalance presents itself. For someone using methamphetamine, the result can be high tension, anxiety, and irritability.

The dopamine flood has additional consequences for the brain’s dopamine receptors. Chronic methamphetamine abuse causes these receptors to become damaged. Initially, the brain will require more dopamine, and therefore constant supplies of methamphetamine, to produce the same, pleasurable responses. The result of this damage is chemical dependence.

Because these dopamine receptors can become so severely damaged, the chase of the high provided by methamphetamine can be futile for a chronic user. Many of meth’s psychological side effects are a consequence of severe chemical depression.

One of the societal challenges posed by the rise in methamphetamine use over the course of the past 30 years is in how cheaply and easily it can be produced. Ingredients can be found in popular over-the-counter cold medications. Anything that contains ephedrine can be used as a base for meth production.

The rise of online communications has spread the ease of production through user guides and video tutorials. Ultimately, the production of methamphetamine always involves dangerous chemicals. When not treated with the caution required, crystal meth production can lead to destruction of property and severe injury. As meth is commonly manufactured at or near a home, family members, children, and neighbors are all at risk.

All of these reasons contributed to the crafting of the 2005 Combat Methamphetamine Epidemic Act (CMEA). This act regulates the sale of over-the-counter medications used for the production of methamphetamine. These medications are now kept in a safer location, often under lock-and-key, and cannot be legally purchased without a valid ID.

The crackdown in the United States has made production more difficult, at least recreationally, in local US neighborhoods. However, just over the border in Mexico, where regulations are fewer and more difficult to enforce, production remains simple and profitable.

The use of methamphetamine increased by 3-4% between 2010 and 2015. While this may seem like a small increase, heroin use only increased by 1-2% during the same time period.

In Oklahoma, meth was involved in more than 300 overdose deaths in 2016, surpassing the combined death rates for both oxycodone and hydrocodone.

Traditional addiction treatment approaches have proven to be less effective when attempted with people struggling with methamphetamine addiction. However, methamphetamine recovery is certainly possible. Treatment protocols for meth have been developed and supported by medical trials.

Withdrawal from methamphetamine is unique when compared to other substances. Sickness symptoms are normally not as severe. And there is no current FDA approved medical intervention for meth addiction.

A lack of the usual withdrawal symptoms does not mean that methamphetamine withdrawal is easy. Methamphetamine is extremely addictive, and the chemical cravings are intense. Damaged dopamine receptors adversely affect the mood of an individual in methamphetamine addiction treatment, and professional support can be a great aid in dealing with depression.

CBT aims to change behaviors, by identifying triggers for use, and developing avoidance strategies, and skills to cope with stress. Another important goal of CBT is to educate the former user on the many negative consequences of meth use, and the objectives and potential positive outcomes of meth abstinence.

The Matrix Model was developed specifically to treat stimulant addiction, and has been shown to be successful in treating methamphetamine dependence. During treatment, the therapist acts as both a teacher and coach, developing an atmosphere of positivity and encouragement. Sessions are designed to promote self-esteem, dignity, and self-worth. The Matrix Model incorporates other treatment approaches, including substance abuse education, group therapy, and self-help.

A Long-Term Approach To Methamphetamine Recovery

The bad news is that damage to these dopamine receptors can take as long as two years to heal, in the appropriate treatment environment. The good news is that in most cases, damage is not permanent, and a person who has struggled with meth addiction can, indeed continue to experience pleasure at or near the rate of the general population.

Total brain function, and not simply the dopamine receptors, can be adversely affected by chronic methamphetamine use. Impulse control and attentional focus, in particular, have been found to be difficult for those with a history of meth abuse.

Again, the chances of short-term recovery can be slim, and frustrating for anyone battling methamphetamine addiction. Studies have shown, however, that brain recovery can occur after a year of abstinence.

Rehabilitation statistics for former methamphetamine addicts are not good, with approximately a 12% success rate. But given the size of the methamphetamine abuse issue, even a small number of successful recovery attempts should be celebrated.

The Matrix Model in particular has shown a success rate that is higher than the rate offered by other approaches (as high as 50-60%).

Most importantly, recovery from methamphetamine is possible, and increasingly so with the right treatment and recovery plan.