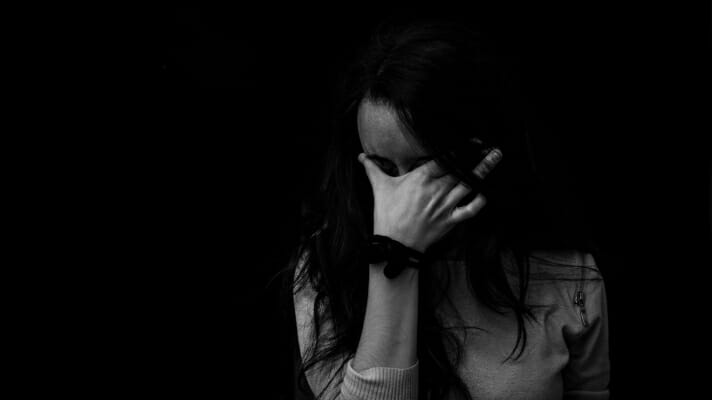 Alcohol addiction has the power to ruin a person’s life.  However, many people do not quit drinking because they want to avoid alcohol withdrawal.  Withdrawal and detox are known for being psychologically and physically challenging experiences.  If not supervised, alcohol withdrawal can become deadly.

A 2014 study conducted by the Substance Abuse and Mental Health Services Administration (SAMSHA) found that over 130 million adults were alcohol users.  Over 40% of those adults admitted to heavy alcohol use. And almost 40% of young adults (18-25) admitted to binge drinking.  It is alarming to consider that such a significant number of Americans have battled alcohol abuse.  Many do not struggle with perpetual alcohol addiction, but others are not as lucky.

The road to recovery for an alcoholic can be difficult during the withdrawal phase.  Relapse is another obstacle to recovery from alcoholism, and the risk of relapse increases during withdrawal. Addiction is considered by most experts to be a treatable, chronic disease, similar to asthma, hypertension, and diabetes.  When relapse occurs, treatment protocols should be reinstated or adjusted.

Alcohol addiction recovery is possible.  Even people who have suffered from alcoholism for many years, can live a productive life, free of addiction, with the help of proper, evidence-based treatment.

Addiction is a complex condition.  It is a disease of the brain that is manifested by compulsive use of substances despite harmful consequences.  Addicts lose control over their lives as a result of fixation on their substance of choice. Abuse continues even though the addict recognizes the dangers of substance use.

There are effective treatments for addiction that help people recover and lead productive lives.

People who suffer from addiction also carry distorted body image, behavior, and thought processes.  They develop intense cravings for a substance because there are changes in the wiring in their brains that make it difficult to stop using..  Brain imaging studies done on addicts indicate changes in the regions of the brain that correspond to decision making, memory, judgment, behavior control, and learning.

It can be useful to group the symptoms of substance abuse into categories:

The Center on Addiction reports that 40 million Americans ages 12 and older abuse or are addicted to alcohol or other substances.  That is 1 in 7 Americans.  This number is more than the number of Americans with diabetes (26 million), heart conditions (27 million), and cancer (19 million).

Alcohol Use and Addiction

People drink alcohol for a variety of reasons:

Drinking, however, can lead to alcohol abuse.  Addicts build up a tolerance to alcohol. An alcoholic needs increasingly more alcohol to feel the same effects, due to that increased tolerance.

People who are addicted to alcohol may or may not be aware of their problem.  Eve those who are aware of an alcohol addiction can have difficulty stopping, due to the powerful draw of the addiction.  Addiction to alcohol often causes health problems, as well as issues with functioning in everyday life around work, family, and friends.

Alcohol abuse is considered the #1 cause of preventable illness and premature death in the United States.

Withdrawal is a syndrome that results from the abrupt removal or a rapid decrease in a regular dosage of an addictive substance. Withdrawal contains predictable signs and symptoms and can be severe and excruciating.  Symptoms usually begins between 4 to 72 hours after the last use of a substance. Symptoms of withdrawal are both emotional and physical.  Some of the more common symptoms include loss of appetite, profuse sweating, irritability, chills, jitters, shaking, panic, nausea, vomiting, stomach cramps, anxiety, seizures, and insomnia.

To lessen the effects of withdrawal, addicts should seek help from a treatment center that will taper them off of the abused substance gradually.  Tapering allows the brain to adapt slowly to each decrease. Going ‘cold turkey’ can lead to more extreme discomfort, and lead to a greater possibility of relapse.

Alcohol addicts are heavy drinkers.  Alcoholism is often the result of heavy drinking over a period of weeks, months, or years.  When these people stop drinking or cut back on the amount of alcohol consumed they will likely face both physical and mental challenges.

Alcohol produces a depressive effect on your system, as it slows down brain function.  It also changes the manner in which the brain’s nerves send and receive messages.

The brain of an alcoholic is dependent on frequent alcohol use.  And, since alcohol has a sedative effect, the brain has to work harder to keep nerves communicating to one another as use continues.  When alcohol levels decrease, the brain remains in a heightened state. That decrease in alcohol is what causes withdrawal.

Symptoms of alcohol withdrawal can range from mild to extreme.  Usually the amount of alcohol consumed determines the severity of the symptoms.  Mild symptoms can occur just 6 hours after consumption of alcohol. Mild symptoms include:

Only a physician or doctor can diagnose a person with alcohol withdrawal.

In order to successfully tackle withdrawal, most people need a supportive environment, such as a quiet place with soft lighting and limited contact with people.  Additionally, a person going through withdrawal will need healthy food and plenty of fluids to flush their system.

Alcohol withdrawal should be supervised, as it is more likely to result in death than opioid withdrawal.   Therefore, physicians suggest inpatient care or supervised drug treatment programs. Patients going through alcohol withdrawal experience a rise in pulse, blood pressure, and body temperature.  Hallucinations or seizures can also occur. Anxiety, seizures, and insomnia can be treated with medications such as benzodiazepine. Anti-seizure and antipsychotic medications are also administered.

Alcohol withdrawal is an inevitable short-term consequence of a stop in alcohol use.  The core of the problem is alcohol dependence and abuse. It is important to speak with a physician or doctor on how to stop drinking alcohol.

Quitting alcohol use is not easy.  There are an array of emotional, cognitive, and social factors that may have contributed to the addiction in the first place.  These factors can still weigh on a person, even after the addiction stops. Conquering withdrawal symptoms is the first step toward becoming alcohol-free in the long-term.

Medically assisted detox is one of the most effective ways to overcome addiction.  Additionally, there are other forms of coping methods and techniques to consider. People with milder cases of alcohol addiction and just coming out of detox still need help with psychological, emotional, and social factors.   The desire to drink alcohol may still be present, but using healthy coping strategies can help people free themselves from alcohol addiction.

Some positive coping strategies for dealing with alcohol withdrawal include:

An eight-year study of nearly 1,200 addicts founds that extended abstinence from alcohol indicates long-term recovery.  A third of recovering alcohol addicts remained abstinent for a year. The study also found that for those participants who achieved a year of sobriety, less than half of them relapsed.  Participants who made it to five years of sobriety, had less than a 15 percent chance of relapse.

It is important to stress that relapse is not failure.  Alcoholics who dedicate themselves to participate in treatment usually reach sobriety.  Sometimes patients relapse because an underlying cause of addiction such as PTSD or another disorder were overlooked during treatment.  In cases like this, treatment methodologies need to be adjusted.

Having a recovery plan, and sticking to it, makes a huge difference in a person’s ability to maintain alcohol abstinence or control over alcohol.  Alcohol withdrawal is not fun to experience, so it is important for former alcohol addicts to remain sober.

Wait no longer!  Get on the path to recovery and live a long, fulfilling life!  Get started by contacting us right away!