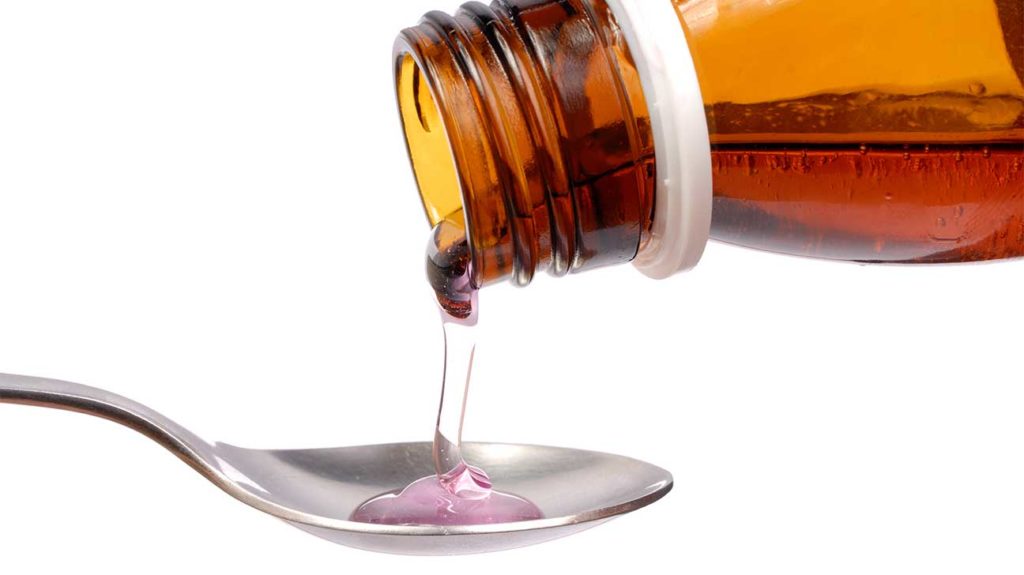 Have you heard of lean? How about purple drank or sizzurp?

These are all names for the same illicit drug.  Lean is a mixture of codeine cough syrup and over-the-counter cold medication mixed with soda and Jolly Rancher hard candies for taste. The color is usually purple from the dye in the cough syrup. It’s sipped out of Styrofoam cups to get high.

Lean is most popular in the hip hop scene and in the South, but its ingredients are easy to get and simple to mix, so it can be found anywhere.

Just because it’s easy to find the ingredients doesn’t make lean harmless, though. The drink can be highly addictive and can even cause overdose and death.

The two ingredients used in lean most often are codeine and promethazine. Codeine is an opioid, so it works similarly to other opioid drugs. Promethazine is an antihistamine drug, and it’s used to treat nausea, cold symptoms, and allergies.

People use codeine cough syrup in lean to produce a euphoric effect, while the promethazine makes the effects of codeine more intense. Then, soda and Jolly Rancher hard candies are added to the mixture for flavor. It’s usually served in a Styrofoam cup.

Both promethazine and codeine are drugs that often cause interactions. That means when you mix these drugs with other substances, they’re likely to cause a reaction that’s more severe than normal side effects.

That’s part of why lean is so risky, because codeine interactions can cause respiratory depression, or slowed breathing. Sometimes breathing can stop, leading to death.

Here’s what you risk when you use lean:

1. Lean Can Slow (Or Stop) Your Breathing

Even though it’s made from over-the-counter ingredients, it’s important to remember that lean contains codeine, which is an opioid drug. The most dangerous side effect of opioids is respiratory depression, and it’s even more severe when combined with other drugs.

The other drug that’s in lean is promethazine. This drug is an antihistamine, and antihistamines are known for interacting with opioids in a way that strengthens their effects. In fact, that’s why people use promethazine in lean. It causes a high that’s more intense and lasts longer than with codeine alone.

The problem is that the combination also makes respiratory depression more severe. You could have trouble breathing or stop breathing completely. If your breathing stops and you aren’t near medical help, you could die.

2. Lean Can Cause Mental Changes

The codeine in lean can cause psychiatric symptoms, ranging from mood changes to strange dreams to confusion. Together with promethazine, the mental changes can be even more intense than with codeine alone.

The most common mental changes include:

When you’re addicted to lean, these symptoms can become chronic. Plus, the mental symptoms of opioid use can snowball and become very bad. When you’re feeling depressed and anxious around the clock, that can lead to trouble sleeping, which leads to confusion, and so on.

The only way to break the cycle is to stop using lean. It can seem impossible, but it’s worth it for your mental health.

3. Lean Can Cause Problems In Pregnant Users’ Babies

You knew that codeine causes addiction, but did you know that newborn babies are at risk for addiction too?

Like other opioids, codeine can cause neonatal abstinence syndrome. This syndrome happens when a pregnant person uses opioid drugs during their pregnancy. The drug crosses the placenta into the baby’s bloodstream, and the baby is born addicted to opioids.

Babies with neonatal withdrawal syndrome are often uncomfortable constantly. They usually express their discomfort by crying or even screaming for hours. They might appear jittery or shaky. It can be impossible to comfort them aside from using drugs to treat their symptoms.

The signs of neonatal withdrawal syndrome include:

Neonatal abstinence syndrome can last for up to six months after your baby’s birth. It usually appears within the first four days after birth, but sometimes it takes longer.

It’s very important to avoid using lean or other illicit drugs during pregnancy. You can avoid neonatal abstinence syndrome completely if you stop using drugs before you get pregnant. If you are pregnant and using drugs, talk to your doctor about how to stop.

4. Lean Can Cause a Life-Threatening Chemical Imbalance

Serotonin syndrome is a severe, rare side effect of some drugs that can cause death. It can happen when you use multiple drugs simultaneously that affect your brain’s serotonin levels. Serotonin is a neurotransmitter or a chemical produced in your brain that affects your mood and some body functions.

It’s normal to have some serotonin in your brain, but mixing drugs can cause your body to produce too much.

Lean contains two drugs, promethazine and codeine, that both increase the risk for serotonin syndrome when you use them together. Serotonin syndrome usually happens within 24 hours after using drugs that put you at risk.

5. Lean Can cause Addiction And Withdrawal

It might sound safe enough because it’s “just a cold medication,” but in reality, lean puts you at risk for addiction and withdrawal.

That’s because its primary ingredient is codeine, a highly addictive opioid. Codeine is less strong than other opioids, but just as addictive as heroin. The problem is that users might take up to 30 times the recommended dose of codeine to get the high they want.

Not only is that dangerous (it can cause overdose and death), but it puts you on the fast track for tolerance and addiction. Using high doses means that your body gets used to codeine much too fast, and you find yourself needing to take even higher doses to get high. The heavier your use, the faster you’ll become addicted.

When you’re addicted to lean, you can start feeling withdrawal symptoms in just a few hours after your last dose.

Withdrawal can be intense and painful, with symptoms that include:

6. Lean Can Interact With Other Drugs

Lean contains an opioid (codeine), and opioids are known for having dangerous drug interactions, or severe side effects caused by taking certain drugs together. The same goes for its other ingredient, promethazine; antihistamines are also likely to cause a drug interaction.

The symptoms of interaction can vary depending on the drugs taken. Generally, mixing higher doses or multiple substances causes effects that are more severe.

Codeine and promethazine interact with many kinds of drugs, including:

This is not a complete list of every drug that interacts with promethazine or codeine. If you have questions about drug interactions, talk to your doctor or pharmacist.

7. Lean Can Cause Overdose And Death

Dying from lean is a very real risk. You can overdose and die from abusing either codeine or promethazine on their own, and lean contains both drugs.

The signs of lean overdose include:

Having naloxone on hand is a must if you spend time around people who use lean. Naloxone is a drug that you can administer as a shot or a nasal spray. It reverses the effects of opioid overdose, saving lives. Codeine is an opioid thus, naloxone can pause the effects of an overdose long enough to get medical help.

Don’t wait to get medical help if you or someone you know might be having a lean overdose. Call 911 right away!

Get Treatment For Narcotic Addiction Today

Promethazine isn’t addictive on its own, so lean addiction treatment usually focuses on treating codeine addiction.

Lean overdose is entirely preventable. Don’t wait to get treatment for your codeine and promethazine addiction. Call our treatment specialists today to take the first step toward a drug-free life!