Home › Facts About Drinking on Antidepressants 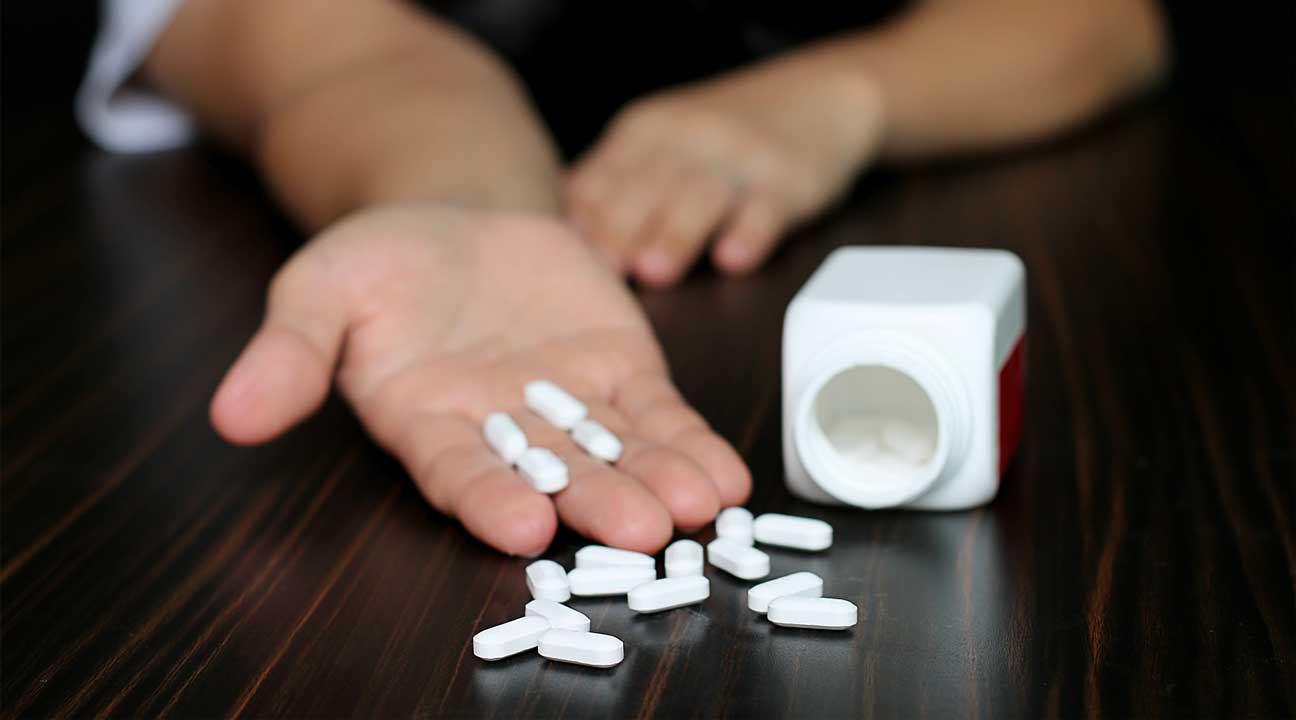 If you take an MAOI (monoamine oxidase inhibitor) medication for depression or panic disorder, then you could even be at risk for sudden heart failure and death when you drink alcohol. When side effects are so serious, it’s important to be fully aware of the side effects of mixing alcohol and antidepressants.

Alcohol isn’t the only possible drug that can interact with antidepressants. Don’t risk dangerous side effects. Call your pharmacist with questions about drug interactions.

Learn these 5 facts about drinking on antidepressants and you’ll think twice about risking it:

1) DRINKING ON ANTIDEPRESSANTS CAN CAUSE SEVERE SIDE EFFECTS

Antidepressants and alcohol are known for having many of the same side effects. They both slow your nervous system. The nervous system controls functions like cognition, sleep, and even breathing.

When you combine two drugs that affect the nervous system, the side effects become even stronger than if you took either drug alone.

In the short term, drinking on Zoloft and other antidepressants can lead to:

These side effects can cause severe problems with functioning. With long-term drug interaction between SSRIs and alcohol, addiction is likely. You’ll probably need to detox from alcohol (and possibly antidepressants) at a treatment center, where medical professionals can monitor your symptoms and keep you comfortable.

2) SSRIS AND ALCOHOL CAN SLOW YOUR MOTOR SKILLS AND COGNITION

Have you ever felt slow, clumsy, or foggy after taking your SSRI (selective serotonin reuptake inhibitor) medication? It’s common for antidepressants to affect your ability to move and think. That’s why many people take their antidepressants at night.

In fact, some SSRIs can make you feel a lot like you’re drunk. Combine that with actually being drunk, and the intoxicated feeling becomes stronger. Your motor skills and cognition could slow to the point where it’s actually hard to think or move.

Alcohol is one of the most common sertraline interactions, but it’s also possible for drinking to interact with other antidepressants, such as:

Together with the lack of inhibition that you get from drinking alcohol, this can be a recipe for an accident. Because of your slowed cognition, you’re more likely to make risky decisions when you’re on alcohol and antidepressants. For instance, you could decide to drive intoxicated, then get into a DUI accident when your hand-eye coordination isn’t what you expected.

3) ANTIDEPRESSANTS AREN’T AS EFFECTIVE WHEN YOU DRINK ALCOHOL

Have you ever felt like your mental health suffered after a pattern of binge drinking? Sometimes it feels like alcohol and depression go hand in hand. If you’ve woken up feeling unmotivated and wanting to crawl back into bed during the weeks and months that you’ve been drinking more, you may have wondered, “does alcohol make antidepressants less effective?”

The answer is, yes. Anyone who takes antidepressants and drinks could experience this. Not only does it make antidepressants less effective, but it increases your risk of suicide, too.

Second, antidepressants interact with alcohol in a way that cancels out their beneficial effect on mood disorders. Alcohol is a depressant, so it works against the antidepressant. You might feel better getting drunk in the short term, but in the long term, it can wreak havoc on your mental health.

The bottom line is, it’s not safe for your mental health to keep drinking on Prozac or other antidepressants.

Some drug-alcohol interactions are more severe than others, and MAOI medications are one of the more severe ones. In fact, drinking while using MAOIs can lead to severe blackouts called vasovagal syncope.

Vasovagal syncope happens when your blood pressure drops too fast. The quick drop in blood pressure causes the oxygen in your blood to drop too low. You might feel dizzy, woozy, or strange, and then suddenly lose consciousness without much warning. In some cases, you might have seizures.

When these blackouts happen over and over again, it can cause permanent damage to your body. If you have seizures repeatedly without controlling them with medication, you can end up with brain damage.

Some MAOI medications that interact with alcohol include:

Never drink alcohol when you’re taking an MAOI drug. Talk to your pharmacist if you have questions about MAOI drug interactions, since these drugs can cause severe and dangerous reactions in some cases.

Seek medical help if you have a bad reaction while taking an MAOI medication, especially if you drink alcohol. You may need medication to control your symptoms, and your care team may want you to stop or taper (slowly reduce) the drug.

People who take antidepressants and use alcohol are at a higher risk of developing addiction disorders. There are a few different reasons why this might happen, including:

This risk is even stronger if you have other risk factors besides mental illness or antidepressant use. For instance, common risk factors for addiction include chronic stress, substance use at a young age, and family history of substance abuse. The more risk factors you have, the stronger the effect could be.

There are plenty of reasons to avoid drinking while on antidepressants. Just remember you should never go off your antidepressants so you can have a drink. Stopping antidepressants suddenly can lead to severe withdrawal symptoms. Your mental health comes before alcohol, and risking a bad interaction isn’t worth it.

You can start your recovery journey today by calling an alcohol treatment center. If putting your mental health before alcohol seems too hard, then the extra support of a treatment environment could be just what you need. Don’t delay calling when you could be taking that first step right now!